'They're going to be slaughtered!': NBC's Andrea Mitchell shows flash of anger over Trump's abandoning of the Kurds 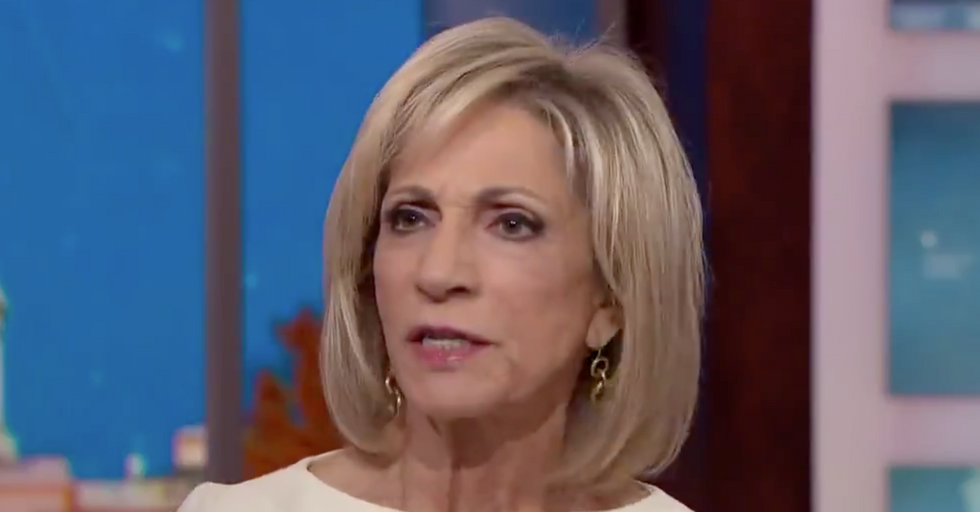 NBC News' Andrea Mitchell showed deep-seated fury at President Donald Trump on Thursday while discussing the administration's recent announcement of a deal with Turkey in northern Syria. Despite Trump's boasting of the deal as an extraordinary achievement, critics argued that it amounted to complete capitulation to Turkish President Recep Tayyip Erdogan and a betrayal of the Kurdish people.

"They're presenting this — I understand trying to put lipstick on a pig — but this is literally a 180 of exactly what happened," said "Meet the Press" host Chuck Todd about Trump's claim of victory.

"I was just reading a tweet from a correspondent on Mike Pompeo's plane heading to Tel Aviv, and they're being briefed by Jim Jeffrey, who's responsible for this region — the ambassador. And he's asking questions, and I'm tweeting back to him: 'ask why he sold out the Kurds,'" Mitchell responded. Then, with clear anger in her voice, repeated: "Why did they sell out the Kurds?!"

She continued: "They have to give up their land and disarm! This has been their autonomous homeland! And it has been a relatively peaceful coexistence. They've lost 11,000 troops fighting ISIS — men and women — but we have lost, sadly, four American special forces. Four. In these years. That was the deal Mattis was willing to accept, Brett McGurk, all of the others: less dramatic American ground troop involvement, 1,000 troops, you know, some 50 in this particular region. And we have basically given them over to the Turks, to Assad — they had to call in Assad for help. Vladimir Putin, where Erdogan is going next week to Sochi. And they have to give up their weapons? They're going to be slaughtered!"

WATCH: Andrea Mitchell asks why the Kurds “have to give up their land and disarm.” #MTPDaily @andreamitchell quote… https://t.co/pMoHhDDsh1
— Meet the Press (@Meet the Press)1571347657.0