The 'Trump economy' isn't living up to his promises 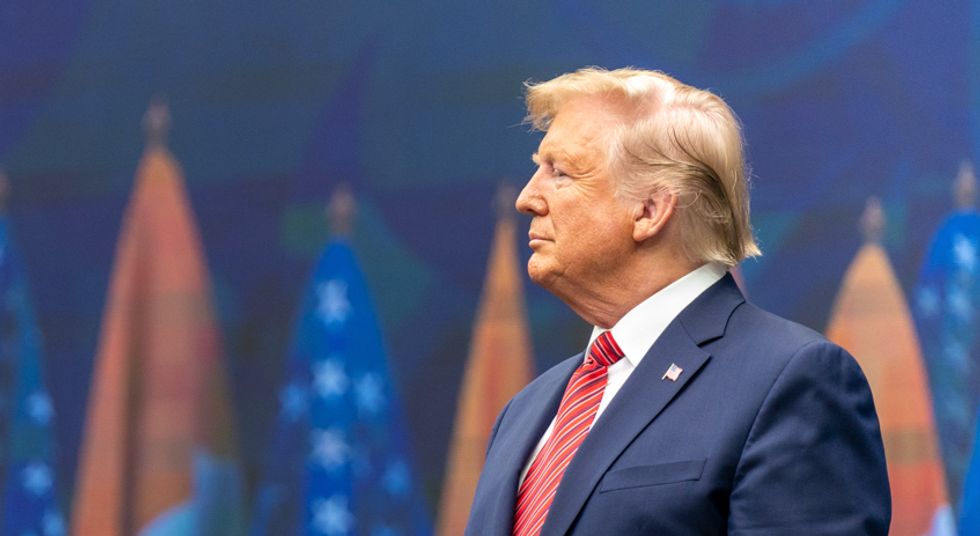 The Commerce Department reported Wednesday that inflation-adjusted gross domestic product—the value of all goods and services produced in the United States—grew at a seasonally adjusted, annualized rate of 1.9% in the third quarter of 2019.

This deceleration was considerably better than the 1.6% expected by experts surveyed by The Wall Street Journal earlier this week, but still reflects a slight weakening in the economy that has been hinted at in other data over the past few months. It compares with 2.0% growth in the second quarter and 3.1% in the first. Consumer and government spending, exports, and residential investment showed strength, while business investment continued its fall from the second quarter. Harriet Torry and Amara Omeokwe report:

The Commerce Department data also offered evidence of slowing corporate demand. Nonresidential fixed investment—which reflects business spending on software, research and development, equipment and structures—fell at a 3.0% rate. That was marked by a sharp 15.3% drop in spending on structures.

This is the advance GDP report. In the next two months, the Bureau of Economic Analysis will revise its figures as better data become available.

Donald Trump bragged in his campaign that he would grow the economy 4%-5% a year. Long before that, he noted how bad the situation was with a tweet that has resonance today:

Among the factors hinting that a more serious slowdown could be in the works:

Just over a half-century ago, Sen. Robert F. Kennedy noted some of the inadequacies of GDP as a measurement of what matters:

Coming up with a broader measure, although not one that takes into account all of what RFK said was lacking, has been on the minds of economists and sociologists for some time. Democratic presidential candidate Andrew Yang wants to construct a better gauge:

Robot trucks are going to be great for GDP, but they're going to be terrible for the 3 1/2 billion truck drivers in the country and the 5 million Americans that work at truck stops, motels and diners," he added.

Yang cited what he called human-centered capitalism as an important metric for measuring the economy.

"I'd like to talk about my wife, who is home with our two children, one of whom is autistic," he said. "GDP would include her work at zero when we know it's the opposite of the truth. So we need to start measuring things that actually indicate how we're doing — things like health, mental health and freedom from substance abuse, childhood success rates, clean air and clean water, and other social indicators."

The problem of GDP as a measurement of economic well-being has been fully described for decades, but the prescriptions for fixing the problem have not yet conquered it. There are other measures. The Gini coefficient, for instance, gauges income inequality. But none of these measures has yet proved suitable as a replacement for GDP. While most may focus on one or two elements of economic well-being better than GDP, they are essentially add-ons, not adequate substitutes for it.

In 2008, French President Nicolas Sarkozy formed the Commission on the Measurement of Economic Performance and Social Progress and recruited prominent economists Joseph E. Stiglitz, Amartya Sen, and Jean-Paul Fitoussi to come up with new metrics that take things such as education, gender equality, and environmental sustainability into account. They produced a report of nearly 300 pages. But they failed to come up with an adequate replacement for GDP.

At The Nation, Eyal Press took a good look at the still unresolved issues involved in The Sarkozy-Stiglitz Commission’s Quest to Get Beyond GDP.