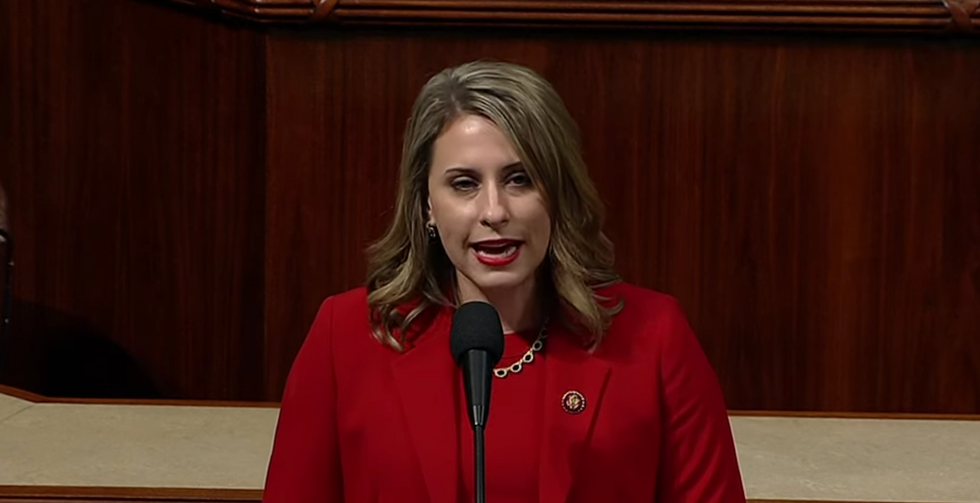 Democratic Rep. Katie Hill of California delivered her last speech on the House floor on Thursday as she resigns because of a sex scandal and what she declared a "misogynistic culture" and a "double standard."

Private sexual photos of Hill had recently leaked to conservative news outlets, an event she linked to the bitter actions of her "abusive ex" who she is currently divorcing. Critics have argued that the outlets that shared the photos were complicit in a condemnable act of revenge porn, which is criminalized in some states, including California. But the scandal went beyond just the naked pictures themselves because they revealed that she had had a sexual relationship with a female campaign staffer, which Hill admitted to. She was also accused of having an affair with a male congressional staffer, though she has denied those allegations.

Hill is openly bisexual and argued that she was targeted, in part, for her sexuality. She also decried the fact that male politicians — including the president — are allowed to get away with much worse conduct.

"I am leaving now because of a double standard," she said. "I'm leaving because of a misogynistic culture that gleefully consumed my naked pictures, capitalized on my sexuality and enabled my abusive ex to continue that abuse, this time with the entire country watching. I am leaving because of the thousands of vile, threatening emails, calls and texts that made me fear for my life and the lives of the people that I care about."

She apologized to the people who supported her bid for Congress, saying that she had let them down. But as her final act, she said, she would vote for the resolution codifying the impeachment proceedings against President Donald Trump.

"I'm leaving, but we have men who have been credibly accused of intentional acts of sexual violence and remain in boardrooms, on the Supreme Court, in this very body, and worst of all, in the Oval Office," she said.