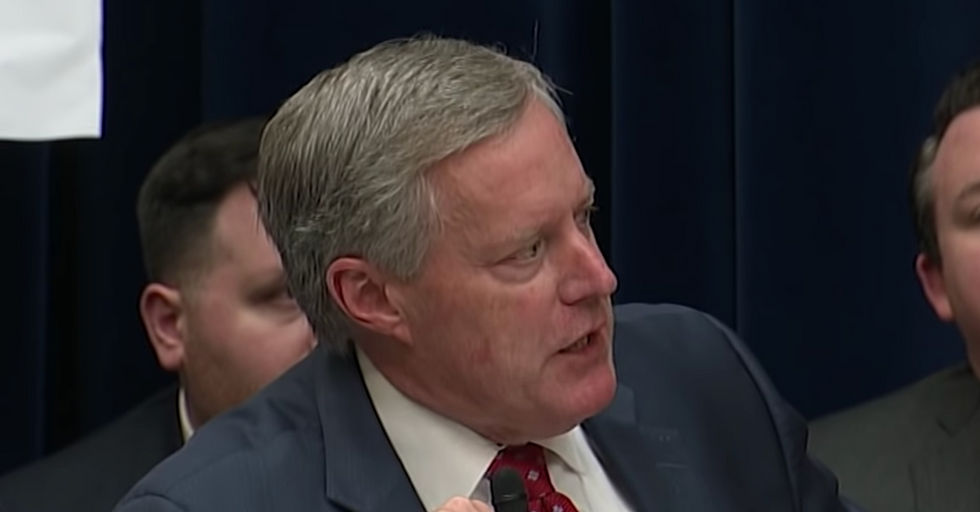 While the impeachment inquiry in Congress continues behind closed doors, tensions and distrust are flaring up between Democrats and Republicans on the House Intelligence Committee, according to reporting from CNN's Manu Raju.

Lt. Col. Alexander Vindman was scheduled to testify to the committee on Tuesday, and based on his prepared testimony, he was expected to provide damaging remarks about President Donald Trump. But, Raju reported, Democrats began to get suspicious while Republicans were questioning Vindman in the closed deposition.

"[Chair Adam] Schiff objected to a line of questioning from Republicans, which Democrats contended was an effort to out the whistleblower," Raju reported. "GOP pushed back, arguing they were simply asking questions about who Vindman spoke with, per sources."

In some ways, these tensions shouldn't be a surprise. The Daily Beast reported Monday night that a staffer for Republican Rep. Devin Nunes of California, the ranking member of the committee, has been attempting to use the depositions to expose the identity of the whistleblower who initially raised alarms about the Ukraine scandal at the heart of the inquiry. Despite the irrelevance of the whistleblower at this point in the investigation, and despite laws protecting the person's identity, Republicans have become obsessed with demonizing the whistleblower even as the damning case against the president grows.

Raju reported, however, that the Republicans claimed they weren't trying to out the whistleblower. Democratic Rep. Eric Swalwell of California reportedly engaged in a "heated exchange" with Republican Rep. Mark Meadows of North Carolina over the matter, and "others joined in."

“How can we out someone when we don’t know he is?” Meadows told CNN. “I’ve not been on any fishing expedition. I only ask questions we know the answer to.”

“What the Republicans are trying to do in there very clearly in their questioning is try to front door or backdoor Lt. Col. Vindman into revealing who the whistleblower is even though ... he said he didn’t know,” Rep. Debbie Wasserman-Schultz of Florida told Raju. She described the GOP's tactics as a “process of elimination” to determine who the whistleblower is.

Republicans have criticized Democrats for holding the inquiry behind closed doors, though Schiff and others have argued that the partial secrecy helps preserve the integrity of the investigation for now. This incident highlights that, despite Republicans claiming that they haven't been treated fairly in the process, GOP members are in fact deeply involved in the inquiry. But Democrats clearly fear they have reason to believe that their colleagues across the aisle aren't committed to pursuing the inquiry in good faith, and they are instead using it to drive their own separate partisan agenda. The attack on the whistleblower, which has been led at the top by President Donald Trump, represents a particularly pernicious response to the investigation by targeting a civil servant who followed the rules to report apparent wrongdoing. It also serves to discourage others who might come forward with similar concerns.

But the obsession with the whistleblower also emphasizes how weak the Republicans' case against impeachment is. They have no credible substantive defense of the president, so they instead try to conjure up enemies to disparage and attack.