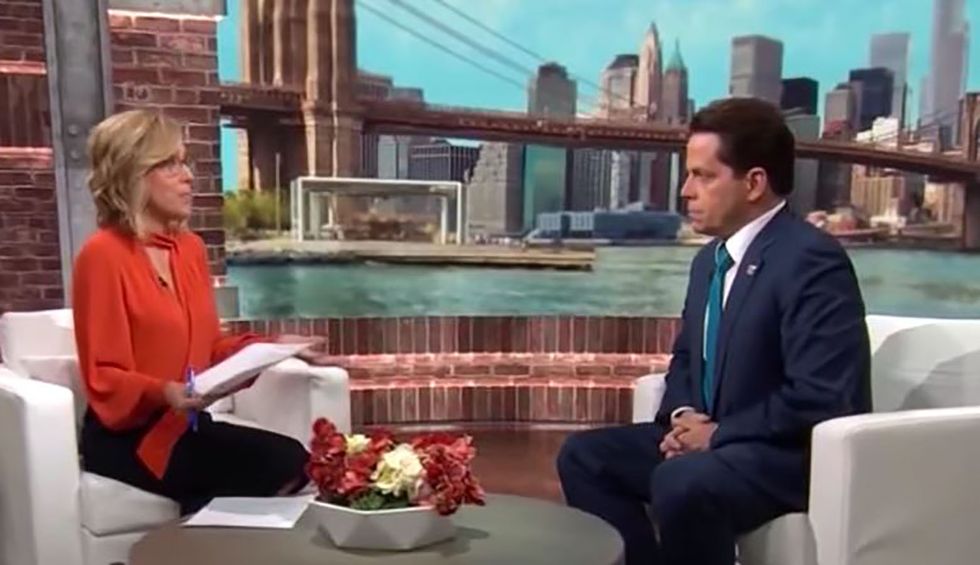 Speaking with the CNN host the morning after devastating State Department texts were released showing officials working to help the president with political considerations while using foreign aid to Ukraine as bait, Scaramucci said the revelation is devastating for the embattled White House.

After the CNN host read a selection from the texts, she asked the former Trump confidant what they sounded like to him.

“I hear rank criminality,” he shot back. “I hear pressure on American diplomats coming from above to push them to do things that are actually a revocation of the Constitution. And so the president will — his defense will be he can’t control those guys, he’ll say all that sort of nonsense.”

“But the very, very good news is we have the president on tape now saying that he wants to disavow his oath to the constitution and — ” he continued before beinginterrupted.

“What part are you talking about?” Camerota pressed.

“I mean, there’s several things he’s done,” he replied. “He’s admitted openly at the U.N.. he had no problem asking the Ukraine for favors, he admitted that openly. He declared himself yesterday, ‘please ask the Chinese government’ to go after Vice President Biden. Now we’re learning he may have had a conversation with [Chinese] President Xi as well, so it’s totally disgusting.”

“The thing that is surprising to me, because you and I have been talking about this for two months, I would have thought that the [GOP] leadership in the Congress would have broken with him by now,” he added. “The Republican leadership in the Congress, what are these guys doing? That’s the thing I don’t understand because I would have predicted the president having a complete Trump meltdown, very predictable, he was starting in the summer. But where’s the leadership?"

Asked to sum up the revelations, Scaramucci labeled them a “full blown disaster.”