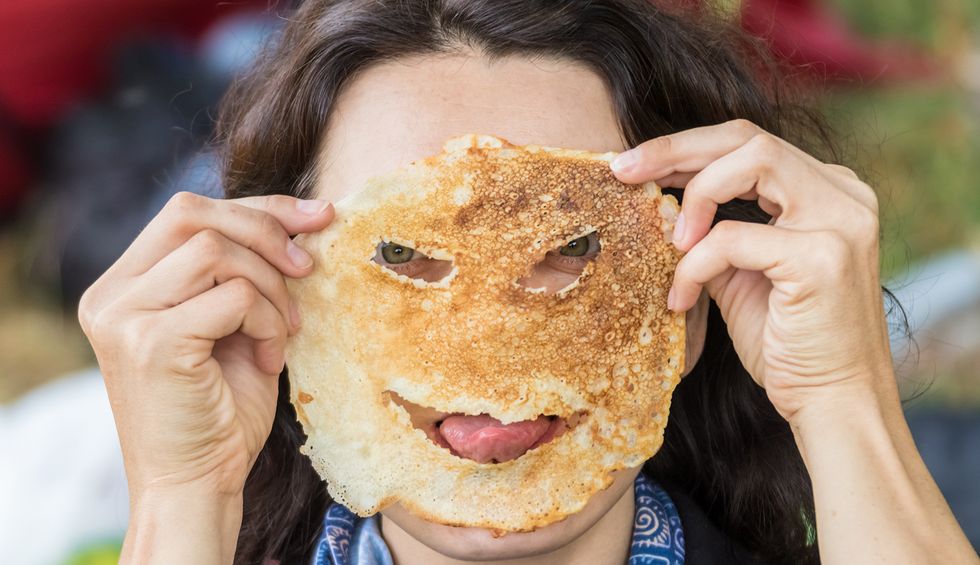 A 55-page presentation used in leadership training at the accounting firm Ernst & Young instructed executives at the company, among other things, to have manicured nails and nice haircuts and to look healthy and fit. And while clothing in the workplace should be flattering, it said, executives should leave those short skirts at home.

Of course, all of the executives the instructions were applied to were women. Race, sexual orientation, and gender identity aren’t given any depth or dimension in this definition of “women,” though the sexism would be appalling even if the seminar were more inclusive. The ableism and fatphobia are also intense.

Lest you think this presentation had recently gotten a second life after its original writing in the 1960s, this was actually new material presented at the global accounting firm’s office in Hoboken, New Jersey. When? June 2018.

The training was called Power-Presence-Purpose and was about a day and a half long. It was billed as a seminar on empowerment and leadership, but was evidently a lot more victim-shaming than empowering.

A gem from the seminar: “Don’t flaunt your body ― sexuality scrambles the mind (for men and women).” Women were also advised to sit at an angle when speaking to men—the logic being that sitting face-to-face was too threatening—and not to interrupt men during a meeting, but to seek them out before or after. Ah, the fragile male ego.

In a worksheet, “masculine” traits included “Acts as a Leader,” “Aggressive,” “Ambitious,” “Analytical,” “Has Leadership Abilities,” and “Strong Personality.” On the flip side, none of the “feminine” traits involved leadership at all. Instead, they included “Affectionate,” “Cheerful,” “Childlike,” “Compassionate,” “Gullible,” and “Loves Children.”

To round things off, female participants were reportedly also told that their brains were more like “pancakes,” and that men’s brains were more like “waffles.” According to “Jane,” who attended the seminar and has since left EY, but spoke to HuffPost on condition that she’d be anonymous for fear of reprisal, participants were told, “Women’s brains absorb information like pancakes soak up syrup so it’s hard for them to focus … Men’s brains are more like waffles. They’re better able to focus because the information collects in each little waffle square.”

Keep nails manicured, sit at an angle, love children … it’s a lot for our pancake brains to remember!

EY hired a woman named Marsha Clark as an outside consultant for this seminar. EY told HuffPost that it disagrees with the news site’s characterization of the seminar, but also that the particular course is no longer offered in its “current form.” Clark declined to speak to HuffPost about the presentation.