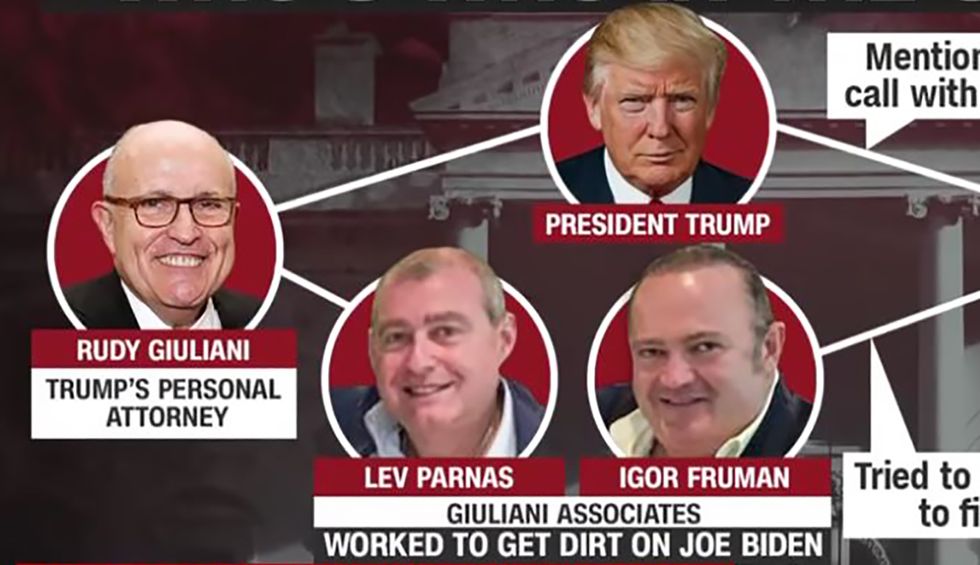 Trying to wrap their arms around the flood of information that has come out in the past 24 hours about two close associates of Rudy Giuliani who attempted to flee the country before being arrested for campaign finance violations, a CNN panel drew a direct line between their actions at the behest of the former New York City mayor and President Donald Trump firing the ambassador to Ukraine.

Speaking with hosts Alisyn Camerota and John Berman, New Yorker journalist Susan Glassner explained that ousted Ambassador Marie Yovanovitch — who is expected to testify before House members on Friday — may have been a victim of the machinations of not only Giuliani but also his arrested associates, Lev Parnas and Igor Fruman.

After host Berman noted there was still a question over whether the White House would attempt to stop Yovanovitch from testifying, Glassner pointed out some curious connections to the Parnas and Fruman.

“I think it’s very significant that you put Ambassador Yovanovitch up there in that graphic and the reason why is that, to me, it’s a breathtaking aspect of this unfolding scandal,” she began. ” And we still don’t know a lot of information that Giuliani teamed up with this pair, Lev Parnas and Igor Fruman, acting on the behest of Ukrainian officials from the former government of [Ukraine President Petor] Poroshenko.”

“Their agenda was to get this pesky U.S. ambassador who was bothering them about too much corruption in the Ukrainian government to get her out, and they tried. they went to a congressman,” she continued. “I believe that was former Republican Congressman Pete Sessions in the summer of 2018. He then produced a letter complaining about Ambassador Yovanovitch.”

“Then they teamed up with Giuliani, and who executed their plan but the president of the United States,” she added. “We know that President Trump is the one who ordered Ambassador Yovanovitch to be forced out of her position, so he is carrying out their mission essentially of getting rid of the U.S. ambassador. I find that to be an extraordinary aspect of this unfolding story and very significant.”