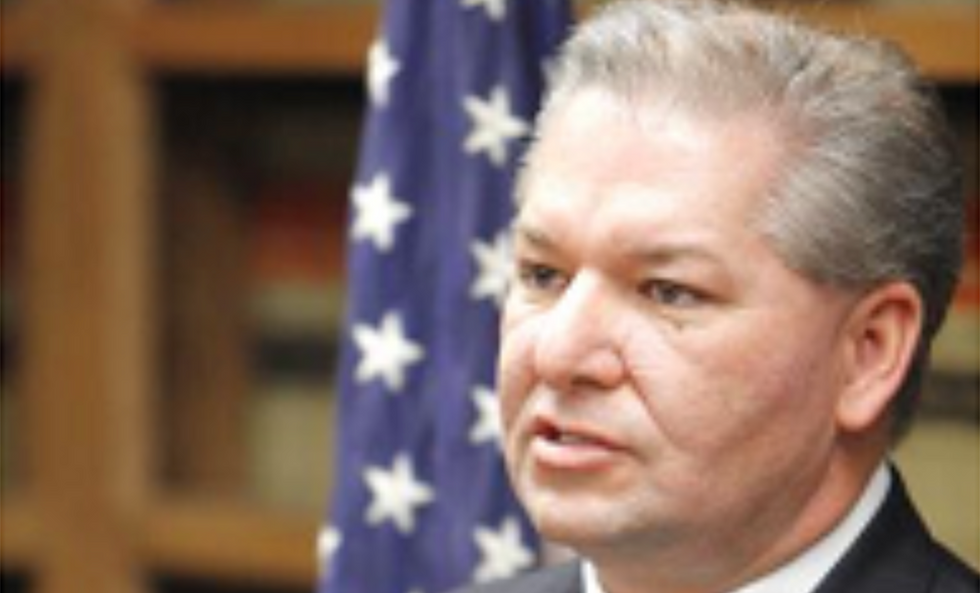 That is according to a Notice of Claim⁠—a legal document that must be submitted before suing Oklahoma’s state government⁠—filed on October 24 and reviewed by Filter.

Oklahoma County includes Oklahoma City and, with around 750,000 residents, is the most populated county in the state. DA Prater’s reported general behavior has echoes of McCarthyism and the Red Scare.

Kris Steele, the former speaker of the Oklahoma House of Representatives, is the executive director of this organization; a probe of Steele was separately ordered. Prater also started a retaliatory probe against the American Civil Liberties Union, focusing on its financial contributions to reform efforts.

Muller initially complied but later refused, saying there was no probable cause—the usual legal threshold for a criminal investigation. Prater also exhibited apathy toward the legal rules about the proper handling of evidence, the Notice claims.

When Muller told Prater that he couldn’t sniff anything out, Prater gave him the cold shoulder. Then, in late January 2019, Muller gave an internal presentation on an unfurling political corruption case. Seemingly out of nowhere, Prater “called two Oklahoma County Sheriff’s Deputies into the office where then [he] lost control of himself and began to yell and curse uncontrollably,” states the Notice.

Prater also personally seized Muller’s firearm, it is alleged, then had the deputies kick Muller out of the building. He then announced Muller’s firing to a law enforcement email list that spans the entire state.

In the context, none of this is even surprising.

A 2015 article from the Oklahoman recounts Prater’s reputation for “tackling crime,” or at least defendants he is prosecuting. He ignores the political decorum expected of prosecutors, having once endorsed Reverend Paul Blair, a hateful fundamentalist who spreads Islamophobic conspiracy theories, for state senate. He has been accused by fellow lawyers, most notably those working on Richard Glossip’s potential innocence case, of witness intimidation.

And he despises even the mildest positive changes to the criminal justice system, as exhibited by his war against his own voters. When Oklahomans, including his constituents, voted by ballot initiative in 2017 to make drug possession a misdemeanor (rather than a felony), Prater unsuccessfully labored alongside anti-reform allies like former Sen. Ralph Shortey (who shortly thereafter went to federal prison for child sex trafficking), to reverse the popular mandate.

Robert D. Gifford, II, the attorney representing William Muller, is a former Assistant US Attorney who has dedicated most of his career to getting justice for the most defenseless victims. One of his most notable cases was the prosecution of Matthew Durham, the young missionary who raped Kenyan orphans as young as six years old.

In a conversation with Filter, Gifford likened Prater to Richard Nixon and called him “the poster boy for prosecutorial misconduct.” He added that, “but for a whistleblower, Mr. Prater’s misuse and abuse of secret grand jury subpoenas would have never come to light.”

On top of being an example of how prosecutors can wreak havoc on their communities when given too much power, Prater’s alleged misconduct shows how it is crucial for district attorneys to have opponents when they come up for re-election.

Prater skated to re-election in 2018 without an opponent, despite a cornucopia of reasons for him to be booted out of office. Hopefully, 2022 won’t tell the same story. Or the Oklahoma State Bar wises up and disbars him, before he does anything worse.