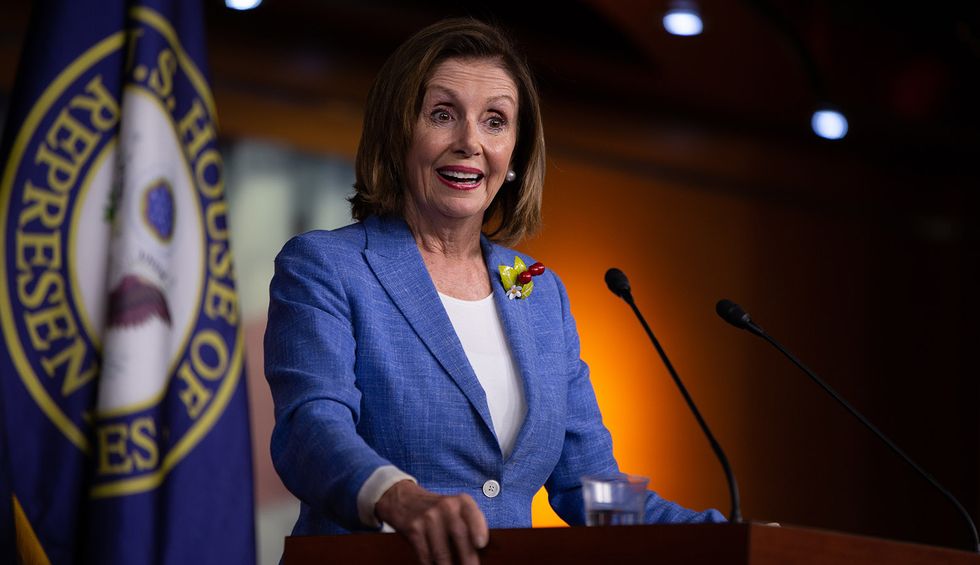 Based upon a specious contention from the White House — and parroted by some of Donald Trump’s most avid defenders – that the current House impeachment inquiries are unconstitutional, a long-time political analyst said House Speaker Nancy Pelosi (D-CA) should call the president’s bluff and hold a vote on going forward.

According to Michael Tomasky, writing for The Daily Beast, Pelosi holds a solid majority on the House that would likely grant approval and would stick a fork in one of the White House’s main complaints.

Writing, “There’s no constitutional or legal requirement that they have such a vote. Remember—in the Watergate era, the House Judiciary Committee started hearings they called impeachment hearings in October 1973; the full House vote came in February 1974,” Tomasky made the case for doing it anyway.

“White House counsel Pat Cipollone’s main argument for not cooperating with the House is this absence of a vote. In his Oct. 8 letter to Pelosi and House chairmen, he called the inquiry ‘invalid’ because the House ‘has never attempted to launch an impeachment inquiry against the President without a majority of the House taking political accountability for that decision by voting to authorize such a dramatic constitutional step,” he explained adding, “A lot of the letter was just crazy, and many people pointed out that Cipollone was just making stuff up. But one point isn’t crazy—the one about political accountability.”

While admitting that the vote could be an issue for Democratic lawmakers representing swing districts, he suggested, “But as for the other 227, they’ve already said they favor an impeachment inquiry. A vote wouldn’t put them at any greater risk than they already are by having said they support an inquiry.”

“I think Democrats would win the PR war by holding a vote. Then they could say: OK, Cipollone, and OK, Devin Nunes and Jim Jordan. You’ve been screaming that this inquiry was illegitimate because there’s been no vote. Well, now there has been. So now, you’d agree it’s legitimate, right?’ Tomasky asserted. “No, they wouldn’t—but they’d be plenty boxed in. And I think a majority of the American people would figure it out. People are paying pretty close attention to all this. A full House vote would call the Republicans’ bluff, and voters would get it. ”