'Game-changer': Conservative scholar explains why ‘the most compelling evidence for impeachment is now in the public record’ 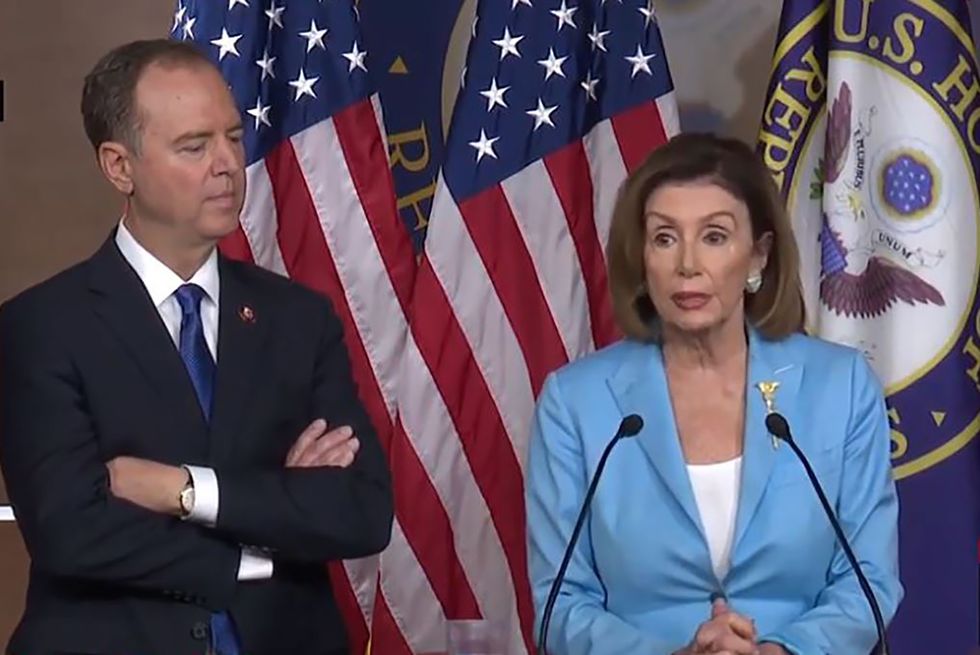 On October 8, White House Counsel Pat Cipollone sent an angry letter to four prominent Democrats in the U.S. House of Representatives — Speaker Pelosi, House Intelligence Chairman Adam Schiff, House Oversight Chairman Elijah Cummings and House Foreign Affairs Chairman Eliot L. Engel — declaring that he had no intention of cooperating in their impeachment inquiry against President Donald Trump. And that declaration, according to conservative political scholar/author Greg Weiner, is in itself “compelling evidence” that Trump deserves impeachment.

In an October 15 article for The Bulwark, Weiner writes, “The most compelling evidence for impeachment is now in the public record. White House Counsel Pat Cipollone’s refusal to cooperate with the House’s impeachment inquiry is an attack not on its recipients — House Democrats who, through a process of legal alchemy, he accuses of violating phantom processes — but rather, on the relationship between Congress and the executive branch. President Donald Trump is now claiming for himself — and, crucially, future presidents — the authority to determine the legitimacy of legislative oversight.”

Despite its anti-Trump slant, The Bulwark is by no means liberal or progressive. The website was founded in December 2018 by two Never Trump conservatives: Charles Sykes and neocon Bill Kristol, formerly of the now defunct Weekly Standard.

Weiner, who teaches at Assumption College, is a visiting scholar at the American Enterprise Institute.

The Bulwark has become a go-to website for anti-Trump reporting and commentary on the right. And according to Weiner, sending out that the October 8 letter and broadcasting his refusal to cooperate with “legislative oversight” was the worst thing Cipollone could have done.

“Cipollone’s letter is a game-changer precisely because it is not about the president’s conduct — which Democrats are always primed to attack and which Republicans are forever willing to excuse,” Weiner stresses. “It sweeps away the clutter of Trump’s outsized personality to clarify the constitutional stakes. In that sense, the letter is not a constitutional crisis. It is a constitutional opportunity.”

Weiner adds, “On the basis of Cipollone’s letter alone, the House could immediately debate articles of impeachment rooted in abuse of power and obstruction of Congress.”

Republicans, Weiner argues, need to think about the future — and undermining congressional oversight does not serve future GOP presidents well.

“Democrats will eventually occupy the White House, and Republicans will eventually control the Congress,” Weiner explains. “Whether that happens in 2021 or beyond is not the point. The survival of congressional oversight is.”