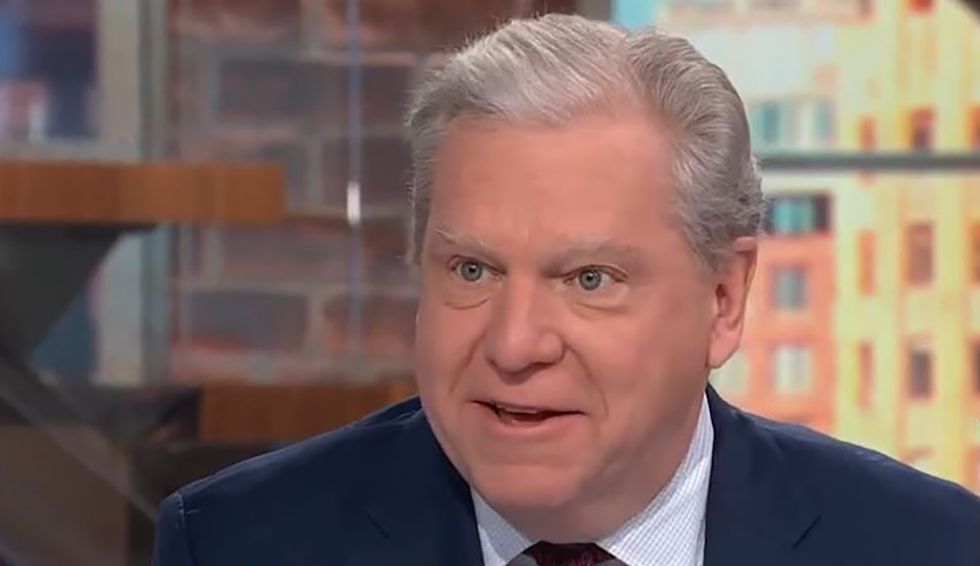 A CNN panel was equally appalled and furious about a video that was shown at the conservative conference held at a hotel owned by Donald Trump that showed the president slaughtering church worshipers who rrepresented CNN, NPR, MSNBC and Black Lives Matter in the “Church of Fake News.”

Asked by Avlon, “Has there been anything remotly like this in American political history or something truly new and dangerous?”

“This is something truly new,” Lockhart responded. “We haven’t had the internet for that long of time, if you’re going over the sweep of history. that’s what allows this to be distributed widely. But we’ve had presidents who have denounced the media. We’ve had every president in the history of the country who has at times wanted to denounce them and probably had thoughts in their head about what they’d like to do.”

“But kept them inside their head,” Avlon prompted.

“This isn’t a case where some over-enthusiastic supporter did something,” Lockhart continued. “This is Nixonian in the sense that the campaign was sanctioning dirty tricks like Nixon did. Here the president is not blameless — he has retweeted these people’s memes. He has retweeted memes with things hitting CNN reporters in the head — they’re not funny.”

“What struck me from this video is this all happened in a church. The president — probably the biggest part of his base are churchgoers, evangelicals,” he added. “And they are now making fun of someone coming in and committing vicious murders in a church. I don’t care what the president does, he’s already lost his credibility on this. People who went to church yesterday who are going to wake up this morning and wake up and see the president and his supporters think it’s funny to commit violence in a church. ”