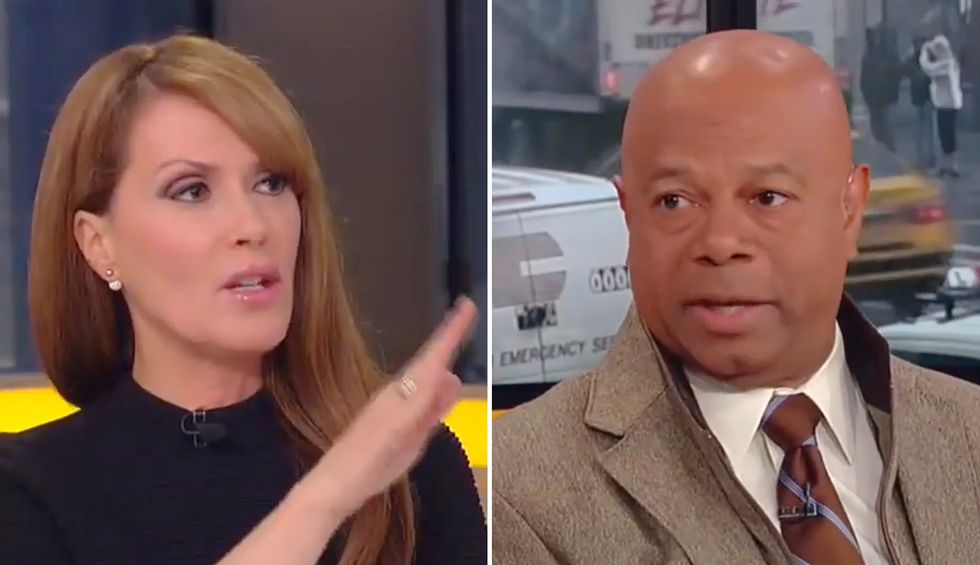 President Donald Trump is facing sharp criticism from both the left and the right for his decision to withdraw U.S. troops in northeastern Syria and abandon the Kurdish-led forces they have been working with to combat the terrorist organization ISIS (Islamic State, Iraq and Syria). But some Trump supporters have reflexively defended the move and automatically jumped to Trump’s defense. And when Trump sycophant David Webb (who hosts a radio program) defended the withdrawal during an appearance on Fox News’ “Outnumbered,” he was laughed at by some of his fellow right-wingers.

Fox News’ Dagen McDowell addressed the possibility of a “bloodbath with the Kurds” and a “resurgence of ISIS.” And her colleague Marie Harf asserted that criticism of the withdrawal has been quite bipartisan, noting, “There is a reason, Dagen, that over the past few days, you’ve seen Republicans and Democrats — almost across the board — criticizing this. Everyone from Mitch McConnell to Nancy Pelosi — people who agree on nothing else — agree this is a very bad move, to abandon our Kurdish allies.”

Harf went on to say, “I will be curious to see what President Trump does in the face of particularly the Republican criticism from people like (Sen.) Lindsey Graham.”

That’s when Webb chimed in, claiming that Harf was “completely wrong” about “how this process played out.”

When Webb was asked “Like who?,” the radio host responded, “I can’t reveal all the sources of this” — a response that inspired laughter from the panel.

“You can laugh all you want, but there’s a difference between ignorance and fact,” Webb said.

When McDowell reminded Webb that Graham — usually a staunch defender of Trump — has been vehemently critical of the withdrawal, Webb said, “Lindsey Graham has made a couple of statements that are more political than they are based in what’s happening on the ground.”