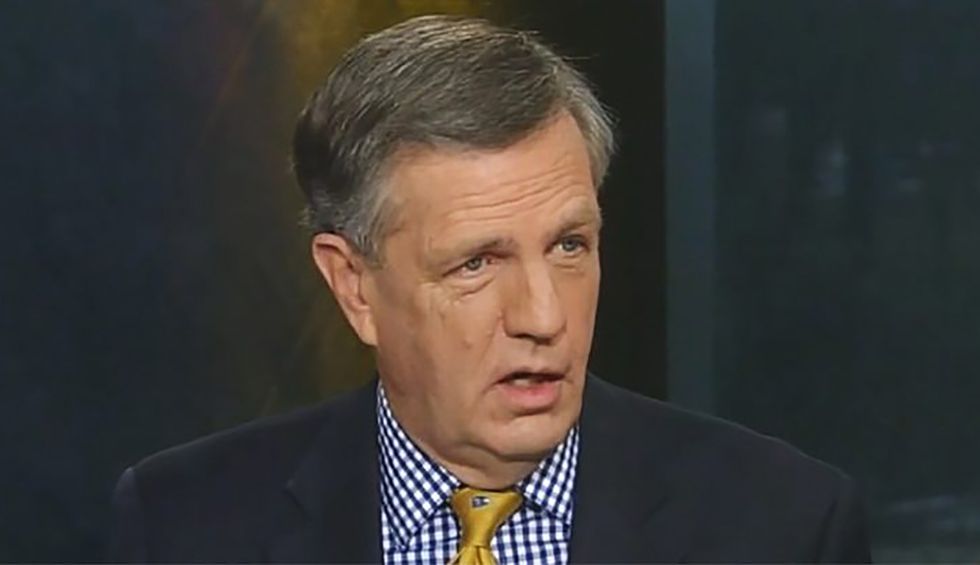 The president congratulated the People’s Republic of China on the 70th anniversary of its founding, which prompted widespread criticism — including a statement of disapproval from Hume.

That admonishment from the veteran broadcaster infuriated many Fox News viewers, who lashed out at Hume on Twitter.

@brithume I agree, but I genuinely believe that President Trump is working on Diplomacy and measures all of what he… https://t.co/ImG9e7Hxim
— Debbe (@Debbe)1569938589.0

@brithume And how does he negotiate OUR best interests by being anything less than diplomatic?
— Devoted Wife (@Devoted Wife)1569938232.0

@brithume Celebrating? Every freaking day the news drags this President, and there are NO WORDS to describe how co… https://t.co/fy5FpptH6q
— Amber (@Amber)1569939625.0

@brithume Not gross. Realpolitik. What’s gross was the mollycoddling of China which was the status quo ante Trump.… https://t.co/A5DM0yrJVD
— elapresta (@elapresta)1569939391.0