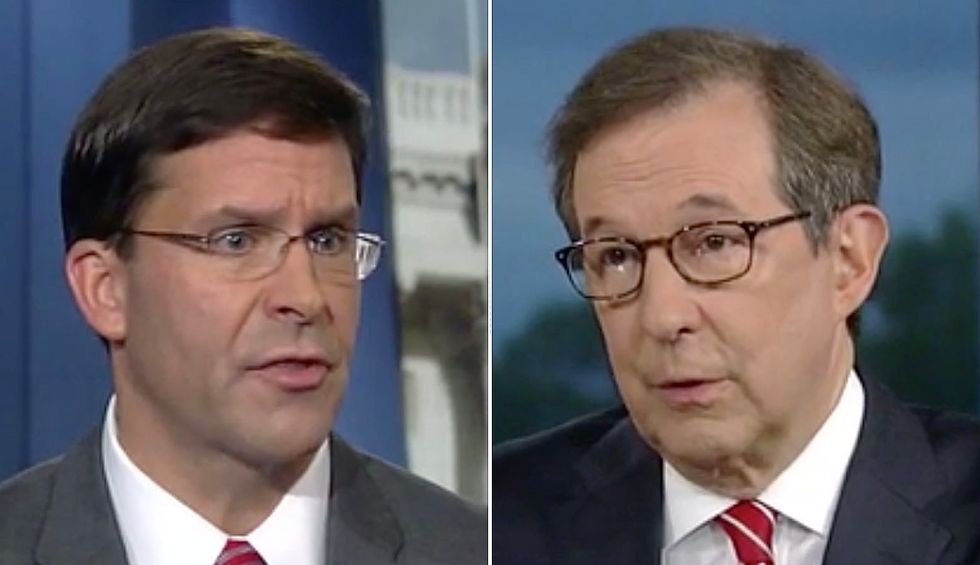 In an interview on FOX News Sunday, Wallace pointed out that Syrian fighters had committed apparent war crimes after Trump’s decision to withdraw.

“This is part of the terrible situation that Turkey has put us in,” Esper replied. “Despite our protestations, the Turks now intend to go further south than expected and to go both west and east.”

“We were the protection for the Kurds,” Wallace said. “After [Trump] talked to [Turkish President Recep Tayyip Erdoğan] last Saturday, President Trump decided to pull those troops our and the Turks invaded.”

“Isn’t that the definition of abandoning the Kurds?” the host asked.

For his part, Esper insisted that Turkey intended to invade the Kurds in Syria “regardless of what we did.”

“You say there’s nothing we could do,” Wallace fired back. “Do you really believe that Erdoğan and the Turks were going to just come through the border, perhaps create a conflict with the United States if we had stood firm?”

“Maybe we would have stopped them,” Wallace said, observing that the U.S. has air superiority over Turkey.

“We’re not going to go to war in the Middle East over a long-standing ally,” Esper remarked.

“Do they seem like much of an ally now?” Wallace asked.

Esper agreed that Turkey has been “terrible” in recent years.

Watch the interview clip below.