‘Factually wrong’: GOP's Sean Duffy called out for pushing ‘absurd conspiracy theory’ on his first day as a CNN contributor 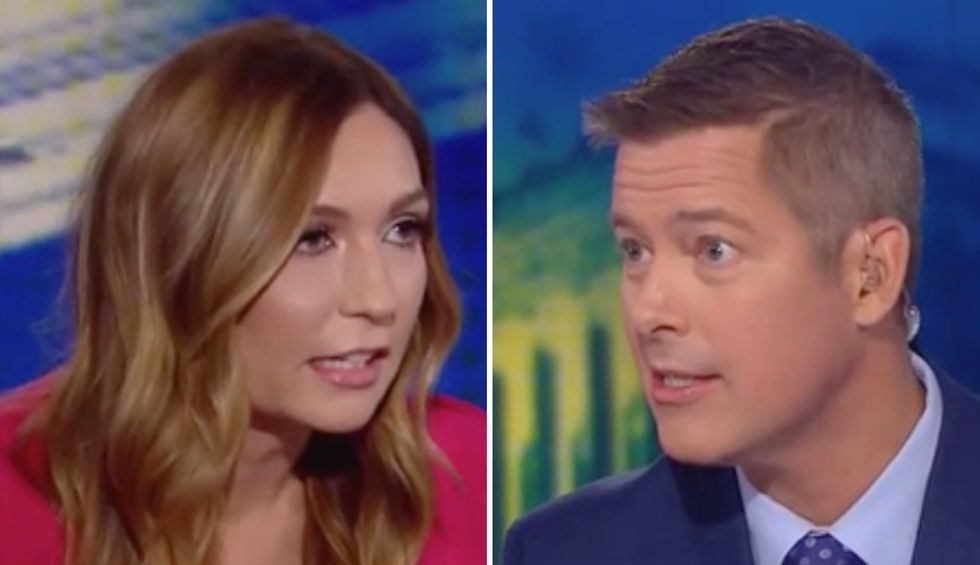 CNN announced on Sunday that former Congressman Sean Duffy, who quit Congress to take care of nine children, has joined the network as a political analyst. He spent his first appearance repeating Republican talking points and a wild conspiracy theory.

During an appearance on CNN’s State of the Union program, Duffy defended President Donald Trump by bringing up the conspiracy theory that Ukraine has control of a Democratic Party server.

“Hold on a second!” Duffy said in response to Republican analyst Amanda Carpenter, who argued that Trump can only blame himself if he gets impeached.

“We spent two years on a Russian investigation, right,” he said. “And Democrats and the media were all about what happened in the 2016 election. What [White House chief of staff] Mick Mulvaney said… let’s get the server, the DNC server that had everything to do with the Russia investigation.”

“This is an absurd conspiracy theory!” contributor Jen Psaki interrupted. “What you’re stating is completely inaccurate and factually wrong.”

“It’s a conspiracy theory on the right-wing blogs,” Psaki pointed out.

“Why does this table disagree with the point we should look at 2016, Russia collusion, which is exactly what Donald Trump did?” Duffy ranted.

“Because we already know what happened,” CNN contributor Amanda Carpenter fired back.