‘Everyone is getting a little shaky at this point’: Impeachment and Trump's Ukraine scandal are causing considerable anxiety within the GOP 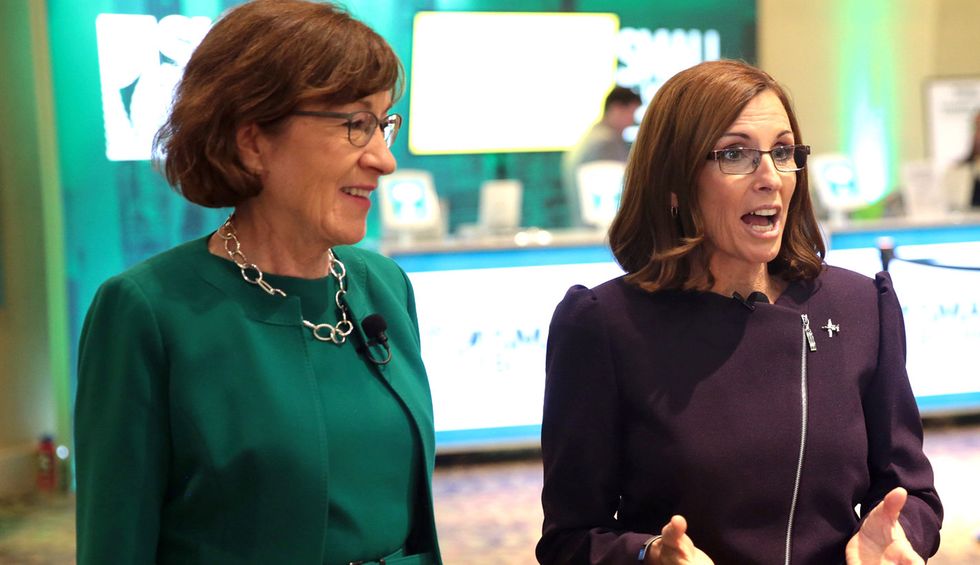 The Senate Republicans who have been willing to openly criticize President Donald Trump over the Ukraine scandal have so far been a small group ranging from Sen. Mitt Romney of Utah and Sen. Ben Sasse of Nebraska to Sen. Susan Collins of Maine. Many other GOP senators have been rallying to the president’s defense. Nonetheless, an impeachment inquiry led by Democrats in the U.S. House of Representatives has been a major source of anxiety among Republicans, and reporters Robert Costa and Philip Rucker examine some of that anxiety in an October 6 report for the Washington Post.

“Even as polling shows an uptick in support nationally for Trump’s impeachment,” Costa and Rucker report, “his command over the Republican base is uncontested, representing a stark warning to any official who dares to cross him.”

For their report, Costa and Rucker note, the Washington Post interviewed “21 lawmakers, aides and advisers, many of whom spoke on the condition of anonymity to talk candidly.” And those interviews, Costa and Rucker stress, underscore the “anxiety gripping the Republican Party.”

Brendan Buck, whose served as an adviser to former House Speaker Paul Ryan, told the Post, “Everyone is getting a little shaky at this point. Members have gotten out on a limb with this president many times only to have it be cut off by the president. They know he’s erratic, and this is a completely unsteady and developing situation.”

Former Republican Sen. Jeff Flake of Arizona told the Post that Republicans lawmakers in Congress are fearful that Trump will “exact revenge” if they speak out against him.

Flake explained to the Post, “There is a concern that he’ll get through it and he’ll exact revenge on those who didn’t stand with him. There is no love for the president among Senate Republicans, and they aspire to do more than answer questions about his every tweet and issue. But they know this is the president’s party, and the bargain’s been made.”

A GOP strategist, interviewed on condition of anonymity, told the Post that the Ukraine scandal is a “disaster” for the Republican Party — and the strategist is advising Senate Republicans to “say as little as possible” publicly.

A former Trump Administration senior official, also interviewed anonymously, confirmed to the Post that many GOP lawmakers are still terrified to publicly say anything against the president — although more of them might find the courage to speak out if they decide they are not alone.

“Nobody wants to be the zebra that strays from the pack and gets gobbled up by the lion,” that interviewee told the Post. “They have to hold hands and jump simultaneously … Then, Trump is immediately no longer president, and the power he can exert over them and the punishment he can inflict is, in the snap of a finger, almost completely erased.”