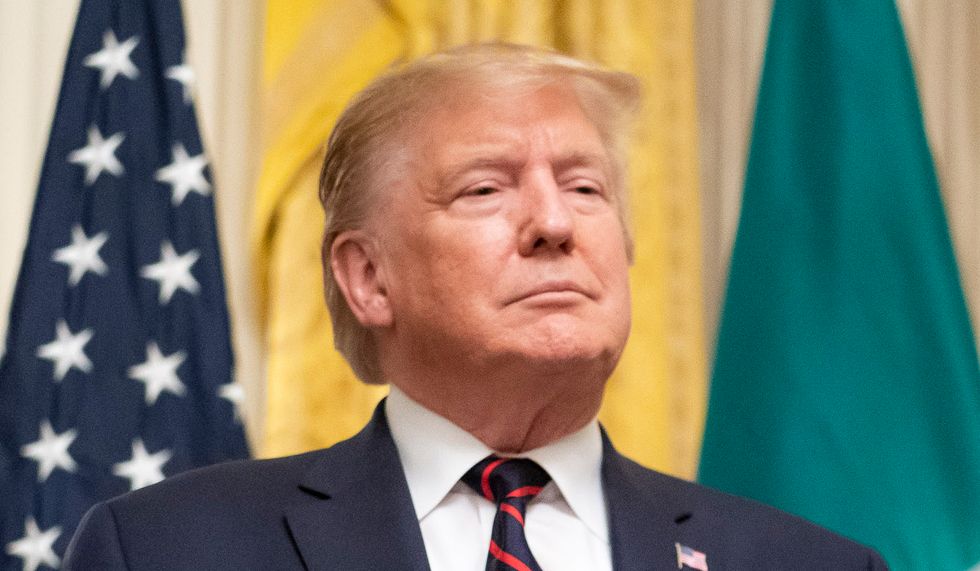 Watchdog group Citizens for Responsibility and Ethics in Washington said late Saturday that president Donald Trump "deserves no plaudits" for scrapping his highly criticized decision to host the next meeting of the G7 at his Doral golf resort in Florida.

"President Trump's decision to award the G7 Conference to his own property was outrageous, corrupt, and a constitutional violation. It was stunningly corrupt even for a stunningly corrupt administration," said Noah Bookbinder, executive director of Citizens for Responsibility and Ethics in Washington (CREW).

"His reversal of that decision is a bow to reality," added Bookbinder, "but does not change how astonishing it was that a president ever thought this was appropriate, or that it was something he could get away with."

The president announced the reversal in a pair of tweets late Saturday.

"I thought I was doing something very good for our Country by using Trump National Doral, in Miami, for hosting the G-7 Leaders," wrote Trump.

"I announced that I would be willing to do it at NO PROFIT or, if legally permissible, at ZERO COST to the USA," he continued. "But, as usual, the Hostile Media & their Democrat Partners went CRAZY!"

According to Bookbinder, the "reversal shows that pressure works, that those fighting to hold the line for an ethical government can still sometimes dial down his corruption. The president deserves no plaudits for doing the right thing only after public outcry forced him not to do the wrong thing."

"This was one corrupt conflict of interest. He's racked up well over 2,000 of them," said Bookbinder. "So we'll keep fighting."

Trump had floated the idea of using the "severely underperforming" Miami-area resort to host the summit back in August; Acting White House Chief of Staff Mick Mulvaney confirmed to reporters Thursday that it was the venue.

That announcement drew bipartisan backlash from lawmakers and anti-corruption groups.

"This is literally Trump using the power of his office to personally profit off the presidency," said Common Cause.

"The Emoluments Clauses of the Constitution exist to prevent exactly this kind of corruption," added Nadler, whose committee is one of six involved with the Democrats' impeachment inquiry.

Trump's suggestion that the gathering would have been "no profit" also doesn't hold water, argued the BBC's Anthony Zurcher. "Even a break-even event on a Trump property is a boon for the business," he wrote, "in terms of publicity and the fact that full hotel rooms and resort facilities making break-even revenue are better than empty ones bringing in no money."

Speaking to "Fox News Sunday" hours after the president's reversal, Mulvaney doubled down on the original decision. He said Trump "was honestly surprised at the level of pushback" it got.

"He still considers himself to be in the hospitality business," said Mulvaney. Host Chris Wallace pushed back, saying, "He's the president of the United States."

"But it's his background," Mulvaney said of Trump. "It's like I used to be in the real estate business ... he wanted to put on a show," adding, "he's in the hotel business, or at least he was before he was president."

Only on FOX News Sunday: Mick Mulvaney reacts to the president's decision to scrap the G7 summit at his Doral resor… https://t.co/naRf3hk6Zf
— FoxNewsSunday (@FoxNewsSunday)1571579168.0

Trump is facing multiple lawsuits accusing him of violating the Constitution by profiting from foreign and domestic officials who stay at Trump hotels.