Elizabeth Warren calls out Mark Zuckerberg over new Facebook ad policies after his meeting with Trump: 'The public deserves to know' 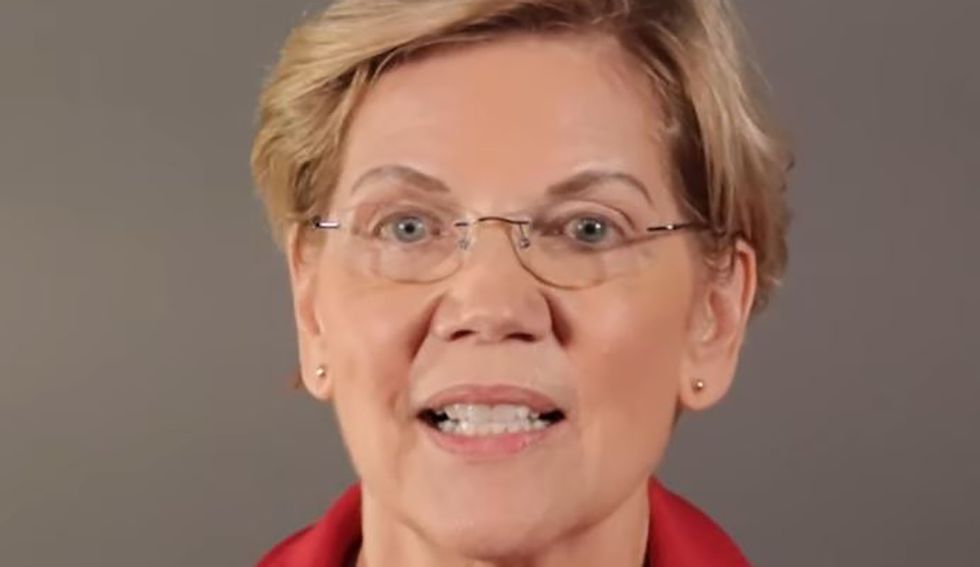 Sen. Elizabeth Warren, a Democrat from Massachusetts and 2020 presidential hopeful, tweeted a string of questions about Donald Trump and Facebook CEO Mark Zuckerberg on Monday that has already received quite a lot of attention—and for good reason.

First, let’s look at the most viral tweets below, then go over context and background, and clarify what’s still unknown.

For instance, Trump and Zuckerberg met at the White House two weeks ago. What did they talk about? https://t.co/KqEi8LxkrS
— Elizabeth Warren (@Elizabeth Warren) 1570490493.0

After that meeting, Facebook quietly changed its policies on “misinformation” in ads, allowing politicians to run a… https://t.co/XcByIdb400
— Elizabeth Warren (@Elizabeth Warren) 1570490493.0

They’re allowing Trump to spend over $1 million a week right now for ads on their platform—including ones that air… https://t.co/uCY1StqNGw
— Elizabeth Warren (@Elizabeth Warren) 1570490496.0

Here’s what we do know: Trump did indeed meet with Zuckerberg on Sept. 19 in Washington, D.C. We don’t know what they talked about. Something we do know, however, is that on Sept. 24, Facebook shared it would not fact check or remove ad content by politicians, even if said content violated Facebook’s rules. Basically: Even if it’s false, that ad can stay up on Facebook, as long as a politician bought it.

Hmm. That’s some ... interesting timing, to say the least., especially considering we already know Trump’s re-election campaign has dropped serious money to reach potential voters on Facebook. How serious? As Warren suggests in her thread, about $1 million per week. If we want to look at recent numbers on the impeachment, for example, Trump’s campaign is spending an astounding $2 million per week on Facebook ads alone.

We do not know whether or not Zuckerberg’s meeting with Trump had any influence at all on this change in Facebook’s policies. That hasn’t yet been proven. But below, we can go over more context and possible connections.

In terms of misinformation, Facebook allows Trump’s campaign, for example, to promote ads that contain lies about 2020 presidential hopeful and former Vice President Joe Biden. And if you think everybody’s running them as a matter of course, that’s simply not the case, either. For example, Gizmodo reports that CNN has rejected two of those exact ads which are, apparently, perfectly fine on Facebook.

Next up: the leaked audio, which was first reported by The Verge. The audio suggests that Zuckerberg is wary of a presidency under Warren. In fact, during a meeting with Facebook employees this summer, he said that a Warren presidency would “suck” for Facebook.

In a follow up on the subject, Zuckerberg posted to Facebook (of course) where he, essentially, refused to back down from his point.

Why would it “suck” for the social media giant? Her platform involves breaking up big tech companies. Zuckerberg said he would go as far as to sue the U.S. government if Warren tried to follow through on that plan. He’s repeatedly suggested in the past that breaking up Facebook won’t prevent the spread of misinformation.

Mind you, Trump has attacked Facebook, but Zuckerberg has (so far) made no motions to sue the federal government.

To be clear: Warren is far from the only one who wants to hold Facebook accountable. For example, the Federal Trade Commission is already investigating Facebook as it is.

We need accountability. That should start with Congress and the appropriate state authorities opening investigation… https://t.co/yH4SXYHMPM
— Elizabeth Warren (@Elizabeth Warren) 1570490498.0

Again: We don’t know what Trump and Zuckerberg talked about. We don’t know what, if any, policies regarding ads and misinformation were pending or set to go live, regardless of the meeting with Trump. But as Warren emphasizes in her tweets, these questions deserve answers, and we all deserve transparency from tech giants.

Want to hear more about how Warren envisions a future with herself as president? Check out our Making Progress interview with her below, or read about it here: