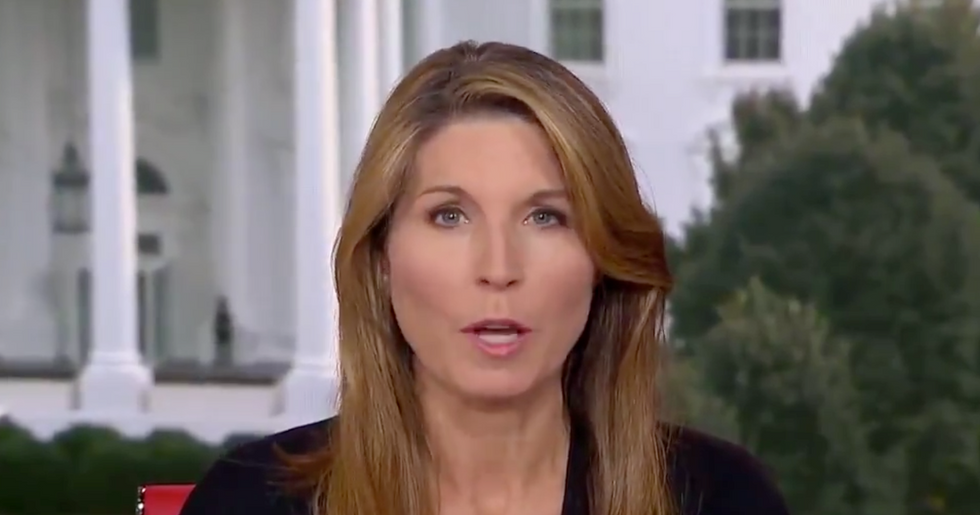 MSNBC's Nicolle Wallace said President Donald Trump is "cracking his own firewall" of support in the Senate by abandoning the United States' Kurdish allies in northern Syria, citing two anonymous former national security officials who have worked for Republicans on her show "Deadline White House" on Monday.

He is "jeopardizing the support of GOP senators who may decide his fate in a Senate trial if the House impeaches him for soliciting foreign assistance with the 2020 election," she said. "These officials said that the link between Trump's decision to leave American allies to die in northern Syria and Trump's political fate in the U.S. Senate is likely lost on Trump at this point. But not on weary GOP senators who will serve as jurors in any impeachment trial and are now armed with more evidence that Donald Trump may be a threat to U.S. national security aims."

Wallace also argued that the report of a second whistleblower coming forward about Trump's conduct regarding the Ukraine scandal also heightens the dangers for his impeachment.

Meanwhile, Trump is absurdly calling for Sen. Mitt Romney (R-UT), Rep. Adam Schiff (D-CA), and House Speaker Nancy Pelosi to all be impeached — simply because they've criticized him. He's hardly showing signs of being the strategic mastermind some of his promoters have pretended he is.