What megachurches tell us about evangelicals 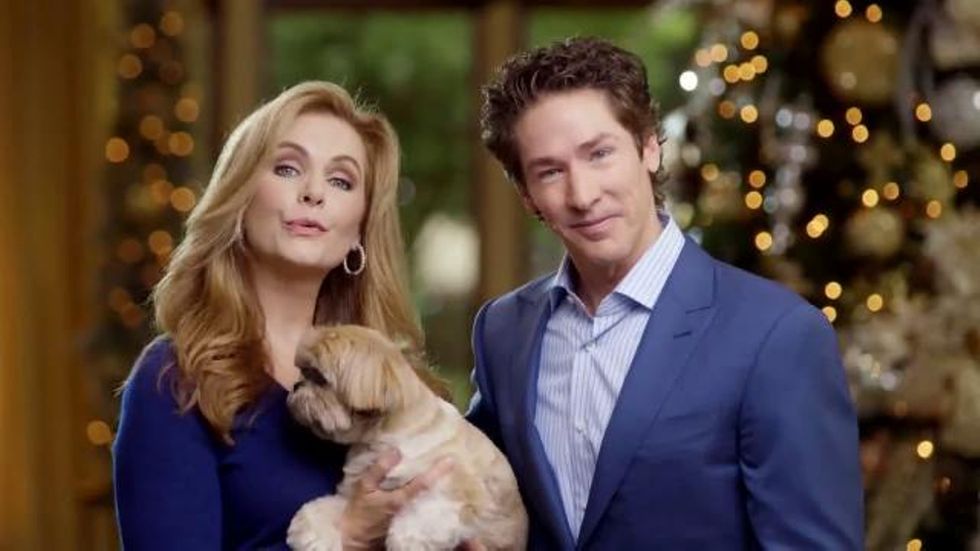 “Brother pastors?” Kelvin Gemstone (Adam Devine) says as he smiles to a group of four men waiting in his church lobby. He leads them into the auditorium, a massive structure that looks more like an NBA arena, packed with navy blue folding chairs, flanked by two-story balconies.

“How many do you pack in here on Sundays?” asks one of the nameless pastors trailing Kelvin. He replies, “Honestly, I can’t even count.”

Finally, the group reaches the pulpit, but you wouldn’t really know it. There is no religious iconography: no crosses, no saints, no stained glass. The only hint that this is a church is the lectern — a sleek, glass number that glistens under the stage lights.

This auditorium, which is revealed about 15 minutes into the first episode of the new HBO comedy “The Righteous Gemstones,” is an obvious metaphor for the main point of contention in the series: the performative nature of the Gemstones’ gospel, preached by a dynastic family of televangelists (John Goodman and Danny McBride, alongside Devine) who are increasingly obsessed with glitz and excess.

The show doesn't place the characters inside the church all that often — which, as I wrote about in my earlier review of the series, is a weak point — but the details of the physical space help tell the story: bland walls, back hallways that look like the corridors that maze through the basement of stadium venue, the lobby devoid of any depiction of Christ (though there is a coffee stand).

The Gemstone church is striking in its lifelessness, especially when compared to the houses of worship overseen by the small-town “Brother Pastors,” who all run churches in nearby Locust Grove. These men are concerned that the planned Gemstone satellite campus will cut into their attendance and kill their churches; the Gemstones don’t care, though they do visit the church of Johnny Seasons — a country church complete with wooden pews and a modest white steeple.

But the architectural design of the Gemstone Foundation Center is actually pretty common when surveying the Christian landscape today, especially considering how evangelical megachurches have grown — in volume as well as literal size — over the last 20 years.

In the mid-'90s, mainstream publications began taking notice. As the New York Times’ Paul Goldberger wrote in “The Gospel of Church Architecture, Revised,”  “The Gothic cathedral was designed to inspire awe and thoughts of transcendence. Megachurches celebrate comfort, ease and the very idea of contemporary suburban life.”

He continued: “This is ‘I'm O.K., you're O.K.’ architecture: friendly and accessible, determined to banish the sense of mystery and otherworldliness that has long been at the very heart of the architecture of Christianity. If megachurches, sprawling structures that often resemble arenas or community centers, evoke any sense of wonder, it is over the notion that they are churches at all.”

He goes on to describe Willow Creek Community Church; at the time, the church was a single sprawling 352,000 square-foot structure located on 141 acres in South Barrington, Ill. Today, it averages 24,000 attendees each weekend at seven locations. Goldberger pointed out that from the road, it could double as a corporate headquarters or a prosperous junior college.

Within the church, there was a gym, fast-food counters and a spacious seating area. According to Lee Strobel, one of Willow Creek’s founding pastors, he wanted the church to be more “user friendly” than buildings like London’s storied Sir Christopher Wren-designed St. Paul's Cathedral.

“The lighting is bad, you can't hear the guys up front, and it's uncomfortable,” he said. “We wanted Willow Creek to be more functional.”

The idea being that non-denominational evangelicalism was not something that was separate from daily life, which is reflected in their architectural choices. This continues today, as captured by California-based photographer Lisa Anne Auerbach.

When Auerbach found out that of the 75% of Americans who identify as Christian, between 2 and 5 million regularly attend a megachurch, she was perplexed. To her knowledge, she had never seen a megachurch.

“Most megachurches are located outside city centers, camouflaged into suburban sprawlscapes,” wrote Hyperallergic’s Carey Dunne in response to Auerbach’s photo collection. “Their architecture often mimics that of warehouses, shopping malls, or dome-shaped stadiums. Sometimes, the only thing distinguishing a megachurch from a defunct K-Mart is a spindly cross on its facade.”

Auerbach traveled across Florida, Arizona, Michigan, Illinois, North Carolina, and South Carolina collecting images, and when surveying her work, the similarities between these structures become apparent. The predominant colors are white, gray and beige. With names like Life Changers International, Pilgrim Rest and Love International Ministries, the churches look like big box stores.

To be fair, sometimes they are; as the Wall Street Journal reported in 2017, “for some struggling malls, churches offer second life.” At least 111 malls and open-air centers now have churches in them, according to an analysis of August 2017 data from the Directory of Major Malls, which tracks 8,200 retail centers in the U.S.

This potentially unsettling blend of capitalism and Christianity is on full display in “The Righteous Gemstones,” as well. The satellite campus that threatens the livelihoods of the Locust Grove pastors? It’s located in an abandoned Sears, pastored by Baby Billy Freeman ( played by Walton Goggins, with all the smarmy swagger of a Southern televangelist preacher). While people wander the mall with their Orange Julius and try on new sneakers, a flock of congregants sings “Amazing Grace” behind closed doors.

Through her work, Auerbach put her finger on a trend embodied in this particular flavor of religious architecture. “Notre Dame is a cathedral in the center of the city,” she told the Guardian. “Whereas these churches, although they’re very powerful, are hidden.” They’re camouflaged in the places you’d least expect to find them, much like the corruption and sin that the Gemstone family is frantically trying to conceal.