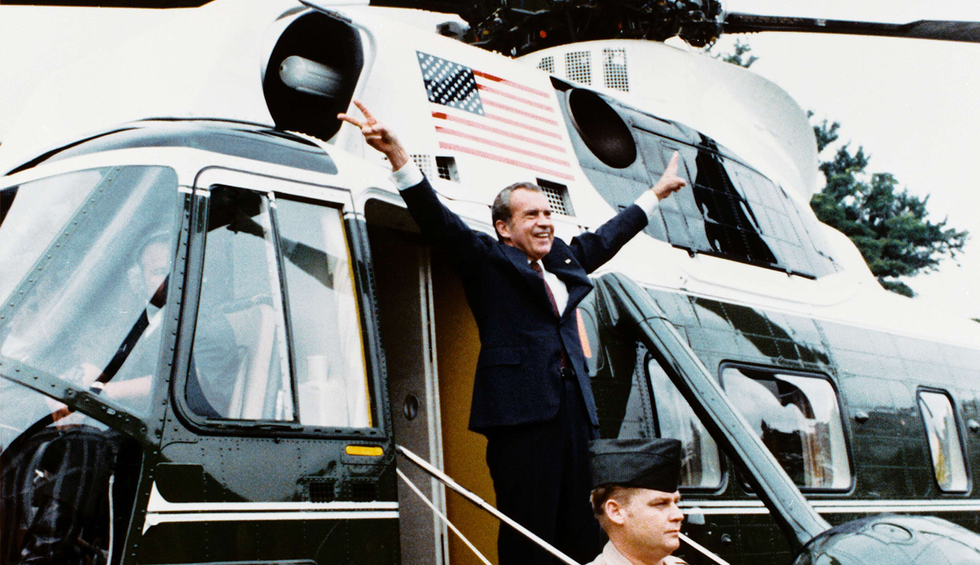 Sometimes a moment of clarity can change everything. The question is whether President Trump’s communication with the Ukrainian president about former Vice President Biden this past summer provides that moment of clarity in the impeachment inquiry that now has been launched by House Speaker Nancy Pelosi.

Impeachment under our Constitution was meant to be a rare event. The Founders did not want Congress to impeach a president over sloppy, negligent or even immoral conduct—the Founders called it “maladministration.” If someone turned out to be a terrible administrator or ineffective or even malignant politician, that was not to be the basis for impeachment. In fact, the Founders argued at length as to whether to have an impeachment outlet at all, knowing that they already were providing a fixed term for a president (as opposed to a life term for Article III judges). The election was seen as the mechanism to remove poor or even rogue actors from the presidency.

Start with the words “Treason” and “Bribery” and you begin to see how the impeachment clause in Article II took shape. A president guilty of treason or bribery could certainly be impeached. But what about other acts? The term “high Crimes and Misdemeanors” was inserted with Treason and Bribery to describe other impeachable crimes against the state, major political crimes that undermined the integrity of the government or its proper functioning.

So in Watergate, the House Judiciary Committee voted to send to the House three articles of impeachment. The first concerned the cover-up of the Watergate crimes by the president and his advisors. That included paying hush money to the burglars to keep them from testifying and the dangling of pardons to E. Howard Hunt, one of the masterminds of the Watergate operation. The article contained nine instances of obstructive conduct. The second article of impeachment alleged various abuses of presidential power, such as using the IRS to harass political enemies and illegal wiretapping of citizens. Five paragraphs described a myriad of conduct. The third article alleges the president ignored lawful subpoenas from Congress in violation of duty to see that the laws be faithfully executed, including responding to duly authorized subpoenas.

The three articles, thus, concerned abuses of political power that interfered with the lawful investigation of conduct by the president and his associates who were involved in sabotaging the nation’s free and fair election process through political espionage and trying to hide who was involved through various means of obstructing the investigation into the criminal activity.

All that said, there is still something decidedly opaque about the term “high Crimes and Misdemeanors” and legal scholars can and do debate when a president’s conduct obstructs justice given that the president is empowered under Article II with the discretion to decide who and when to prosecute wrongdoers as the nation’s chief law enforcement officer. It was a muddle.

Like the Mueller Report, the average voter was easily lost in the all the minutia of the Watergate crimes, even with live witnesses like John Dean laying out on national television instance after instance of presidential involvement in the cover-up. When some select tapes began to circulate, like Dean’s March 21, 1973 “cancer on the presidency” warning, the public and many Republicans still could not be persuaded that impeachable offenses had been committed. There was a fog of charges and countercharges, with most people aligning along a partisan divide. Nixon actually used the word “witchhunt.”

It took a moment of clarity to change everything. This is not to discount the cumulative effect of the “drip, drip, drip” of disclosures during Watergate. The Senate hearings in the summer of 1973 took a toll on Nixon’s popularity. The fight over the tapes, once discovered, and the firing of Archibald Cox as the Special Prosecutor in the fall of 1973 also raised the temperature in the debate over whether Nixon should go. But still, as 1973 surrendered to 1974, there was no clear consensus that Richard Nixon should be impeached. The House Judiciary Committee opened its impeachment inquiry and voted along mainly party lines to send articles of impeachment to the House in late July 1974.  And yet, eleven Republicans on the Committee still demurred, failing to find Nixon guilty of obstruction of justice.

The defining moment came when the United States Supreme Court issued its ruling in United States v. Nixon, ordering the president to turn over certain subpoenaed tapes. One of those tapes was of a conversation that took place just a week after the break-in. On Friday, June 23, 1972, Richard Nixon met with his Chief of Staff, Bob Haldeman, to discuss how to get ahead of the Watergate investigation being conducted by the FBI. Haldeman suggested, and Nixon agreed, that the CIA should be asked to intervene and ask the FBI to “turn off” its investigation of the crime, as it might lead to CIA activity given that Howard Hunt had been involved in CIA activity like the disastrous Bay of Pigs operation.

It was a false narrative. The CIA had nothing to do with the Watergate break-in. The presidential directive to have the CIA intercede with the FBI, though, was easily understood as the kind of abuse of presidential power that was impeachable. When the tape and its transcript became available on August 5, 1974, it was the end. The tape became known as the “Smoking Gun” tape, as it clearly showed Nixon knew of and indeed directed the cover-up from the start. The Republicans on the House Judiciary Committee who had not voted for Article I (obstruction of justice) changed their minds and declared that in the June 23 tape Nixon all but confessed his guilt. Amazingly, these Republicans still felt that the other evidence—payment of hush money, dangling of pardons—did not rise to the level of impeachable conduct. Days later, Nixon’s support totally evaporated in the House and the Senate and Nixon resigned on August 9, 1974.

The point is that the June 23 tape presented a simple, understandable, irrefutable example of an abuse of presidential power. The president was directly involved in the wrongdoing. He clearly was using his power to try to stop an investigation by misusing the CIA and the FBI. This was easy to digest. It did not have the confusing narrative of “who knew what and when.” It was stark and it provided the basis for impeachment.

There is a similar feel about the Ukraine incident. The president is directly involved. He is misusing his official power to investigate political opponents. He is using his office to ask a foreign power to essentially intermeddle in domestic politics, perhaps influencing the 2020 election. The story may involve a quid pro quo—the withholding of military aid as a means of pressuring a foreign state to dig up or even manufacture dirt on an opponent.

There is none of the confusion or impenetrable detail of the Mueller Report. Instead this scandal provides easy-to-digest facts that show a president acting in a way that should allow the House to impeach and an unbiased Senate to convict.

Could this be President Trump’s “smoking gun”?

James D. Robenalt is a lawyer and the author of four nonfiction books, including January 1973, Watergate, Roe v Wade and Vietnam, And The Month That Changed America Forever. He lectures nationally with John W. Dean, Nixon’s White House Counsel, on Watergate and legal ethics. www.watergatecle.com.