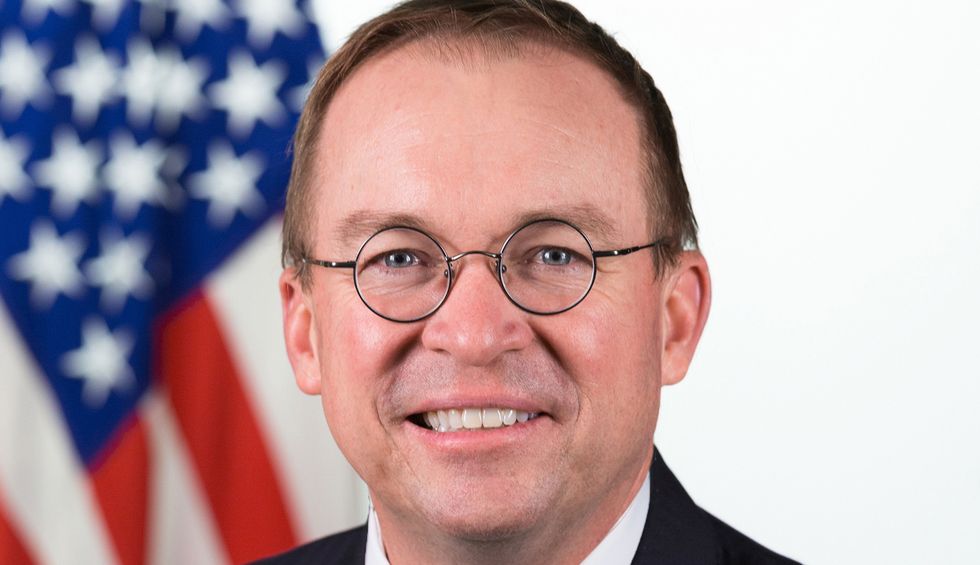 By Executive Office of the President of the United States - https://www.whitehouse.gov/people/mick-mulvaney/, Public Domain, https://commons.wikimedia.org/w/index.php?curid=64955254
Kerry Eleveld
and
Daily Kos
September 11, 2019

The order given to the National Oceanic and Atmospheric Association to repudiate the Alabama forecasters who contradicted Donald Trump on Hurricane Dorian's path emanated directly from the White House, reports the New York Times. Who else but acting Chief of Staff Mick Mulvaney — hack of all trades — initiated the process of pressuring the agency to issue a statement backing Trump's false claim that Dorian would "most likely" hit Alabama much harder than expected.

It was Mulvaney who reportedly enlisted another Trump stooge, Secretary of Commerce Wilbur Ross, to put the screws to NOAA, which ultimately buckled, releasing a statement last Friday suggesting that Alabama had been in harm's way. “The Birmingham National Weather Service’s Sunday morning tweet spoke in absolute terms that were inconsistent with probabilities from the best forecast products available at the time,” read the unattributed statement from NOAA, which oversees the National Weather Service.

Ross has denied threatening to fire people and the White House has likewise denied Mulvaney's involvement in the imbroglio, according to the Times. Multiple investigations have now been launched into how the errant statement from NOAA came to be.