The apolitical antidote to unjust politics 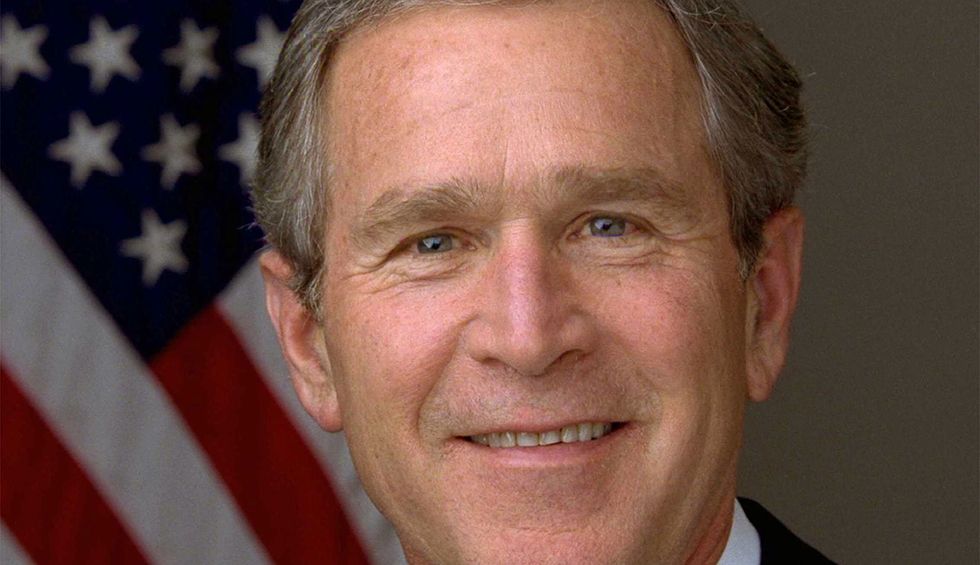 The 2020 election cycle has already produced numerous solutions for the woes plaguing America and the world. Candidates in the recent Democratic debate explained how problems related to education, healthcare, racism, income inequality, and immigration can be solved. Most of their plans required more laws, bigger bureaucracies, and fully integrating more peopleninto the American political system.

On display recently in conservative circles is a different kind of obsession with politics which focuses on prioritizing national interests and cultivating an intense patriotism for the American nation-state. Sometimes conservatives advocate a restricted role of government or a restricted citizenry, but, like their political opponents, they usually still see Americans more engaged with a more vigorous political system as the right way forward.

The Politics of Utopianism

American policy in the last seventy years has been dominated by this kind of thinking. Americans started a “War on Poverty” in the 1960s, which was followed by the “War on Drugs” in the 70s. George W. Bush’s “No Child Left Behind” was a battle to give “every single child” a “first class education.” RAND recently released a study about how the right kinds of laws and bureaucracies can totally eliminate fatalities on American roads. Should it be called a “War on Traffic”?

Foreign policy has shared the same broad, vague aspirations with regard to real wars. The Truman Doctrine committed America to support all “the free peoples of the world.” President Kennedy clarified this in 1961, saying that America would effectively respond to “any potential aggressor contemplating an attack on any part of the free world with any kind of weapons.” Johnson applied this logic in Vietnam because, in his words, “A threat to any nation in that region is a threat to all, and a threat to us.” The same logic was applied when the Cold War transitioned to a “War on Terror” after the 11 September attacks. Similar to his predecessors, Bush pledged to hunt down any and all terrorists and eliminate their safe havens. America would end world terror.

The idea behind all of these is that if we just have more politics, or more of the right politics, we’ll fix everything. We’ll find perfection. Rarely does anyone actually say that, but the logic behind the objectives implies the possibility of perfection. Francis Fukuyama probably summed it up best in his 1989 article crowing over the victory of democratic capitalism in the Cold War. The liberal order, led by its chief missionary America, had saved the world and if only it could permeate to the ends of the earth, mankind would see an “end of history.”

But history didn’t end. Terror, poverty, and drugs remain with us or have increased. So what is wrong with politics? And why is it getting nastier despite such lofty aspirations?

Like many average citizens after 11 September, I wanted to do my part for our republic. As an aspiring military historian, joining the army was a suitable detour after my PhD. All of my life I had followed politics, I had degrees in politics, and I intended to teach the history of war and politics. In Afghanistan, however, I reached the limit of politics when I saw how imperfectly the liberal democratic nation-state was being applied to a people with a vastly different culture and history than our own. Bitter and confused about my own republic and its aspirations, I returned to Plato and Augustine with fresh eyes. They argued that unjust politics needs redemption through citizens’ apolitics.

A Brief History of Apolitics

In ancient Greece, the face-to-face societies of city-states were bound together by intense loyalties. A city-state saw itself as the perfection of the political ideal. Tribes, gods, rituals, and public ceremonies were all centered on the cohesion of this unit, called a polis.

The obvious question is what happens when you have fundamentally different conceptions of the polis that clash? This occurred when democratic Athens and militaristic Sparta collided during the Peloponnesian War. The two poleis dragged most of the Greek world into a devastating, three-decade long war that ruined Greece. Despite their defeat, bitter Athenian citizens were still blindly loyal to the idea of the polis. A brilliant teacher, Socrates, challenged this order and pointed out the flaws in Athens’ democracy, so they tried and executed him.

The war and then the execution of Socrates revealed the injustices of the polis, but the unexpected occurred in the aftermath. Plato, a disciple of Socrates, transferred the concept of the polis to the soul. How do you live in a world where the political order has collapsed and injustice reigns? Plato argued that you seek wisdom and courageously apply goodness and justice in your own life, regardless of what the politicians of your day are doing. This apolitical citizen pursues a well-ordered soul based on the perfection found in the realm of ideas, and the citizen also knows perfection cannot be found on earth.

Plato’s apolitism created a tension in political thought and action. Henceforth the virtuous citizen should pursue goodness and order his soul, and only then should he or she try to apply it in this temporal world. Perfection could be imagined but never realized. Throughout history apolitics guided the greatest minds living in the most unjust times.

Plato was followed by the Cynics, with the most famous among them being Diogenes of Sinope. When the polis collapsed, the Macedonians conquered Greece and created a new world order. Greece was no longer free and the average citizen was powerless. Diogenes was the first to apply Plato to a broader political reality. He rejected the old polis, insisting that he was a citizen of the cosmopolis. He also eschewed the tyrannical politics of great conquerors like Alexander the Great. One day Alexander met Diogenes. Standing over him, he offered Diogenes whatever he desired. The old philosopher rejected Alexander’s power by mockingly requesting, “that you step out of my sunlight.”

By the 1st century BC, Rome picked up Alexander’s imperial idea and gained dominion over the Mediterranean. Roman power seemed ultimate and eternal, but Jesus of Nazareth challenged the emperor obliquely by implying that he instead was the anointed son of God and the true king; however, his kingdom was “not of this world.” Jesus’ followers, like Diogenes, would claim that citizenship was broader and deeper than temporal politics. Christians were “foreigners” and “exiles” in the world. Pontius Pilate, the representative of Roman power could not understand this, so he approved Jesus’ execution as the Athenians had done with Socrates.

Jesus’ apolitical legacy remained, finding a particular expression in monastic communities, where men and women would withdraw in isolation or small communities in order to contemplate God and pursue holiness. The clearest articulation of Christian apolitism came from Augustine of Hippo, who described two realms, the City of God and the City of Man. The earthly city was fleeting, beset by failures and injustices. Christians should not abandon this city, but can only better it by keeping their eyes on the perfect, heavenly city. Augustine’s understanding of the tension between political and apolitical has remained the clearest synthesis of classical and Christian apolitics.

The classical and Christian orders have long since passed, but the dangers of utopianism remain. America needs a new apolitics. As this brief history illustrates, apolitics is not the hedonistic withdrawal into self-interested behavior. Neither is it apathy or laziness. Historically it has been the conscious rejection of perfection in this world.

The moment a political society believes it can achieve perfection, it hardwires itself for the worst sorts of injustices. The most perfectly conceived states that pledged to purify politics were the fascist and communist experiments of the 20th century. Philosopher Eric Voegelin, who fled the Gestapo and escaped to the United States, noted the elimination of apolitics in these societies. In his later years he warned that places like the United States were taking a different path toward the same utopian dead end. The rhetoric in contemporary politics confirms his concerns.

So should we care about American politics? Yes, but not to the extent that it distracts us from loving our neighbors and treating people—all people—decently. It should also never be severed from a contemplation of the moral cosmos. Only the citizen with the well-ordered soul can begin to understand what a well-ordered society or state should look like and what its limitations should be.

There is no simple, five-point action plan for apolitics. The good citizen is left with a tension between the perfect order of ideas and imperfect temporal politics. This tension balances what we seek from human political order and keeps us from descending into tyranny. Without the tension—without the apolitical—no realm of perfect ideas or conception of love can exist. All that remains is the power to be as unjust, imperfect, and unloving as we can imagine.

Steele Brand is an assistant professor of history at The King's College and a former US Army tactical intelligence officer. He is the author of Killing for the Republic: Citizen-Soldiers and the Roman Way of War.