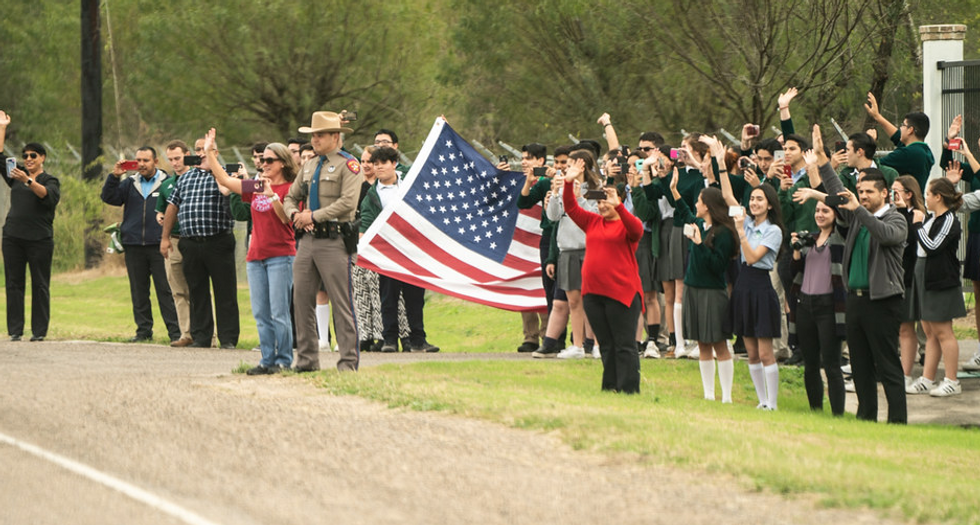 Texas resident Shirley Menard says she “reluctantly” backed President Donald Trump in the 2016 election — and now she could turn out to be a big loser thanks to the president’s top campaign promise.

As the New York Times reports, Menard learned this past June that the federal government plans to build a 30-foot-tall barrier right in her backyard within the next year to fulfill Trump’s pledge to construct a wall along the U.S.-Mexico border.

“I never thought they’d go through a subdivision,” Menard tells the paper. “My blood pressure has not been normal since I got that letter.”

What’s more, residents in the border town of Brownsville, Texas have been surprised to learn that Trump’s wall will divide the local River Bend Resort and Golf Club, which is a living community for older adults, in half.

“About 70 percent of the community — some 200 properties — would be stranded south of the barricade but north of the river,” the Times reports.

River Bend resident Jerry Olsen, meanwhile, tells the Times that the plans for a wall are “throwing an upheaval onto us,” while adding that “none of us at our age need the additional stress.” Despite all this, however, Olsen tells the Times that he may vote for Trump again in 2020.

River Bend resident and 2016 Trump vote Avie Greenslit, meanwhile, tells the Times that she has learned her lesson and would not back the president again next year.