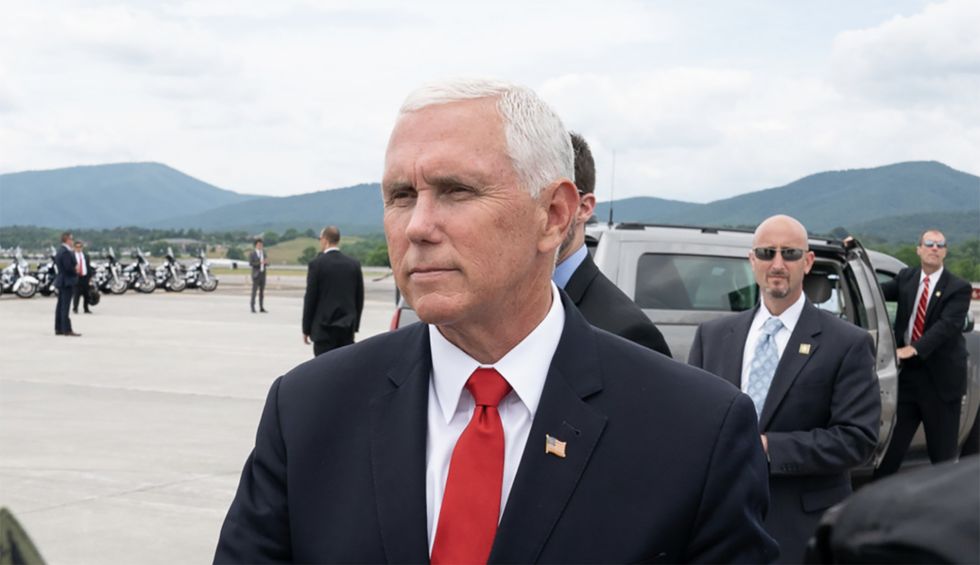 Vice President Mike Pence is seemingly complicit in President Donald Trump’s apparent extortion and bribery plot, based on the transcript of a press conference the VP held in Poland on September 2. At issue is a whistleblower’s complaint that the White House refuses to release. It is believed it says Trump repeatedly threatened to withhold military aid from Ukraine until, or in exchange for, that country digging up and handing over dirt on former Vice President Joe Biden and his son Hunter Biden. There is no evidence any dirt was found or even exists.

Talking Points memo editor Josh Marshall writes Monday that “the key thing about this latest and most egregious Trump scandal is that his senior team was clearly in on it, aware of it, participated in it. One key person here is Vice President Mike Pence.”

Marshall published the official White House transcript of that press conference with President Duda of Poland. It’s clear Pence not only knew about the scheme but participated in it, based on his own admissions.

A few excerpts of Pence’s remarks and responses (bolding is Marshall’s):

Pence says he and Ukraine President Zelensky “discussed America’s support for Ukraine and the upcoming decision the President will make on the latest tranche of financial support in great detail.”

Remember, Trump held back $250 million in military aid to Ukraine, then released it literally one day after the House sent him a letter announcing it was launching an investigation into the withholding of that aid.

“But as President Trump had me make clear, we have great concerns about issues of corruption.”

Trump has never before, as far as NCRM could find, mentioned concerns about corruption in any other country or ever before this scandal was revealed.

“I mean, to invest additional taxpayer in Ukraine, the President wants to be assured that those resources are truly making their way to the kind of investments that will contribute to security and stability in Ukraine. And that’s an expectation the American people have and the President has expressed very clearly.”

So Pence freely admits what Trump admitted, and what Giuliani admitted.

Pence moments later admits that he told Ukraine President Zelensky “that I would carry back to President Trump the progress that he and his administration in Ukraine are making on dealing with corruption in their country.”

Marshall concludes, “in the context of what we know was happening and especially the call we know took place a month earlier, these repeated references to progress on corruption and holding up military aid until Zelensky acted could scarcely be more clear.”