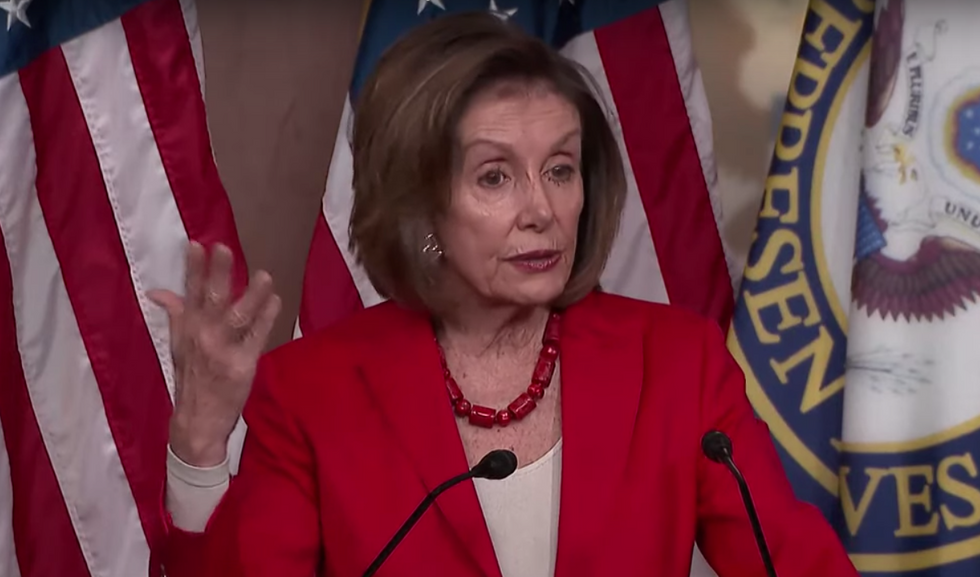 House Speaker Nancy Pelosi has issued a statement on the ongoing whistleblower investigation, saying it raises "grave, urgent concerns for our national security," and vowing to pursue "every possible option to get the truth."

Pelosi quotes the director of national intelligence inspector general, who said the matter is "both of 'urgent concern and credible,' and its disclosure 'relates to one of the most significant and important of the Director of National Intelligence's responsibilities to the American people.'" She says that the White House blocking DNI Joseph Maguire from sharing details with lawmakers "violates the federal statute, which unequivocally states that the DNI 'shall' provide Congress this information."

"We will continue to follow the facts and explore every possible option to ensure the American people get the truth," she concludes. "We would hope that Republicans would join us in supporting the Constitution."

Spoiler alert: They won't, so what are you going to do about it, Speaker Pelosi? The "i" word? The word that appears nowhere in your statement?

If you can't—scratch that: if you won't—instigate an impeachment inquiry and SAY YOU'RE DOING IT over Trump extorting a foreign government to manufacture dirt on a political rival, then what the hell are we even doing here?