'Literally the worst dealmaker of all time': Trump publicly calls off secret meeting with the Taliban days before talks were set to begin 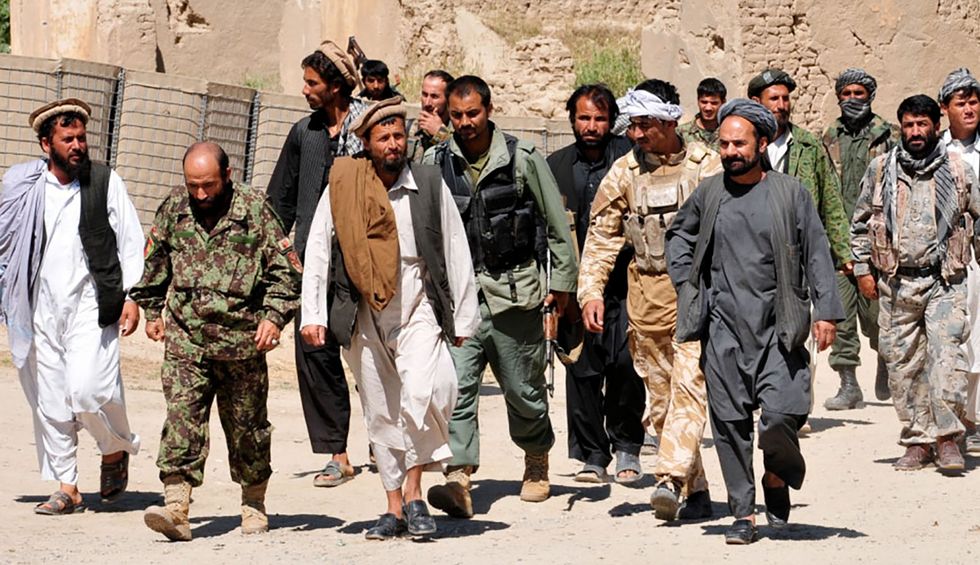 President Donald Trump on Saturday abruptly and publicly shut down talks with the Taliban aimed at resolving the 18-year long Afghanistan War after the militant group claimed responsibility for a car bomb attack on Thursday that killed a U.S. soldier and 11 others.

"He is literally the worst dealmaker of all time," tweeted law professor Joyce Alene.

Secretary of State Mike Pompeo confirmed the talks are dead, at least for now, in an interview Sunday on CNN's "State of the Union."

"If the Taliban don't behave, if they don't deliver on the commitments that they've made to us now for weeks, and in some cases months, the president is not going to reduce the pressure," said Pompeo.

The president made the cancellation announcement Saturday in a series of tweets.

"I immediately cancelled the meeting and called off peace negotiations," Trump tweeted. "What kind of people would kill so many in order to seemingly strengthen their bargaining position?"

The cancellation came ahead of what was expected to be an announced peace deal. According to journalist Jennifer Glasse, Suhail Shaheen, the Taliban's political envoy in Qatar, said on Saturday that the peace deal was "done, and signed off by all leaders—but supposed to be announced in Qatar."

The very existence of the talks was unknown until the president's declaration. The meeting was scheduled for Monday, September 9—just two days before the 18th anniversary of the September 11 attacks that preceded the beginning of the Afghan war. The Taliban harbored attack mastermind Osama Bin Laden, leading to the invasion.

By revealing the talks were in such close proximity to the anniversary, Trump opened himself up to rare criticism from his Republican Party.

"Never should leaders of a terrorist organization that hasn't renounced 9/11 and continues in evil be allowed in our great country," tweeted Rep. Adam Kinzinger (R-Ill.). "NEVER. Full stop."

Kabul-based analyst Haroun Mir said in an interview with The Washington Post that Trump ending the talks had a "silver lining."

"Everyone was afraid the U.S. would sign a cease-fire but the Taliban would continue their war against the Afghan government and people," said Mir. "Now President Trump has personally rectified this with his own tweet."