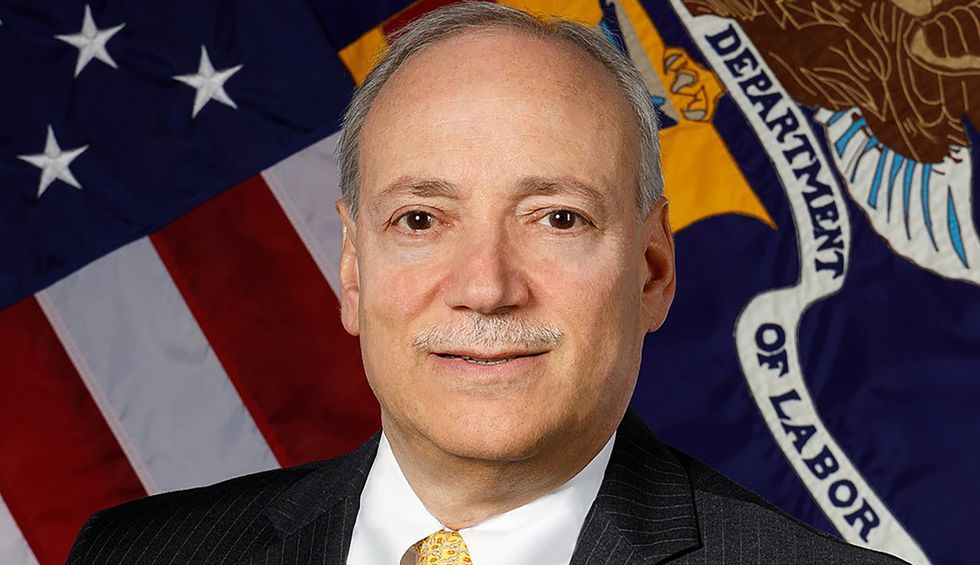 9 August 2019 - Washington, DC - Acting U.S. Secretary of Labor Patrick Pizzella Official Portrait..*****.Photographs taken by the federal government are generally part of the public domain and may be used, copied and distributed without permission. Unless otherwise noted, photos posted here may be used without the prior permission of the U.S. Department of Labor. Such materials, however, may not be used in a manner that imply any official affiliation with or endorsement of your company, website or publication...Photo Credit: Department of Labor.Shawn T Moore
Jessica Corbett
and
Common Dreams
September 24, 2019 Economy

Labor rights advocates and progressive economists slammed the Trump administration after the Department of Labor announced Tuesday a final rule on overtime pay to replace a bolder Obama-era proposal blocked by a federal court in Texas.

"While the administration may be trumpeting this rule as a good thing for workers, that is a ruse," said Heidi Shierholz, director of policy at the Economic Policy Institute (EPI). "In reality, the rule leaves behind millions of workers who would have received overtime protections under the much stronger rule, published in 2016, that Trump administration abandoned."

The Labor Department outlined in a statement Tuesday four key results of its final rule, which is set to take effect on Jan. 1, 2020:

The federal government sets the minimum salary level but, as CNBC noted Tuesday, "several states including California and New York have salary thresholds for determining overtime eligibility that are higher than the federal standard."

However, EPI's Shierholz pointed out that millions more workers would have benefited from the blocked Obama-era rule, which would have raised the salary level to $47,476 and updated it every three years to account for increases in costs of living. Based on her analysis of the Trump administration's overtime pay proposal from March—which had a slightly lower salary threshold of $35,308 per year—Shierholz explained:

Additionally, unlike the 2016 rule, the Trump administration's version does not automatically update, meaning workers' annual losses will grow over time.