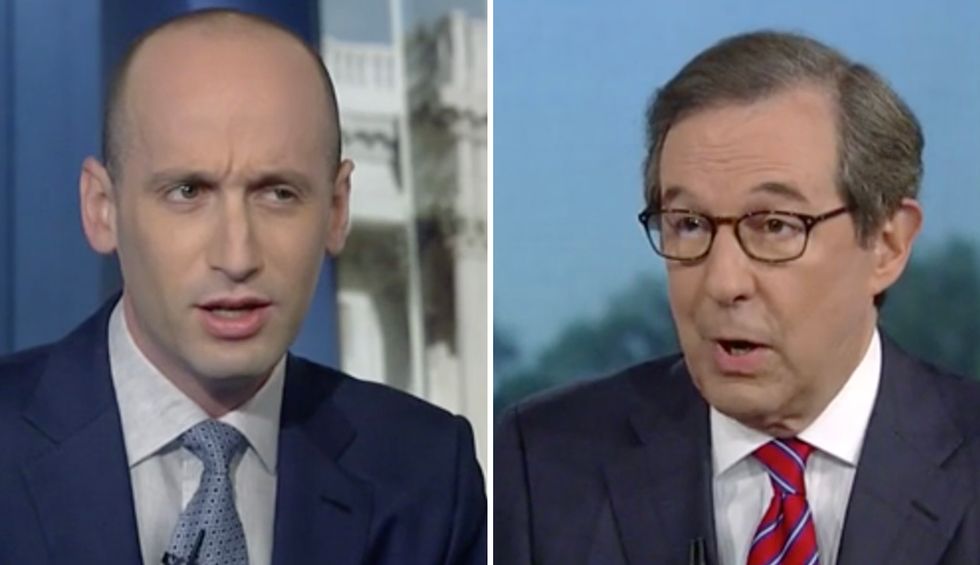 During an interview on FOX News Sunday, Miller accused the whistleblower of being part of a “deep state” conspiracy against the president.

“This is a deep state operative, pure and simple,” Miller charged. “People who haven’t been in the federal government, who haven’t worked in the White House may not appreciate this but the situation is you have a group of unelected bureaucrats who think that they need to take down this president.”

“Enough with the rhetoric,” Wallace shot back. “Let’s talk about some specific facts in this.”

The host then pressed Miller about why Trump chose to use private attorneys like Rudy Giuliani to push Ukraine to investigate Joe Biden.

“How about answering my question?” Wallace interrupted after Miller tried to avoid the topic.

“I understand,” Miller replied. “I understand that you have your question, I have my answer.”

“It’s a non-answer at this point,” Wallace observed.