It wasn't Corey Lewandowski who impaired Tuesday's impeachment inquiry. It was Jerry Nadler 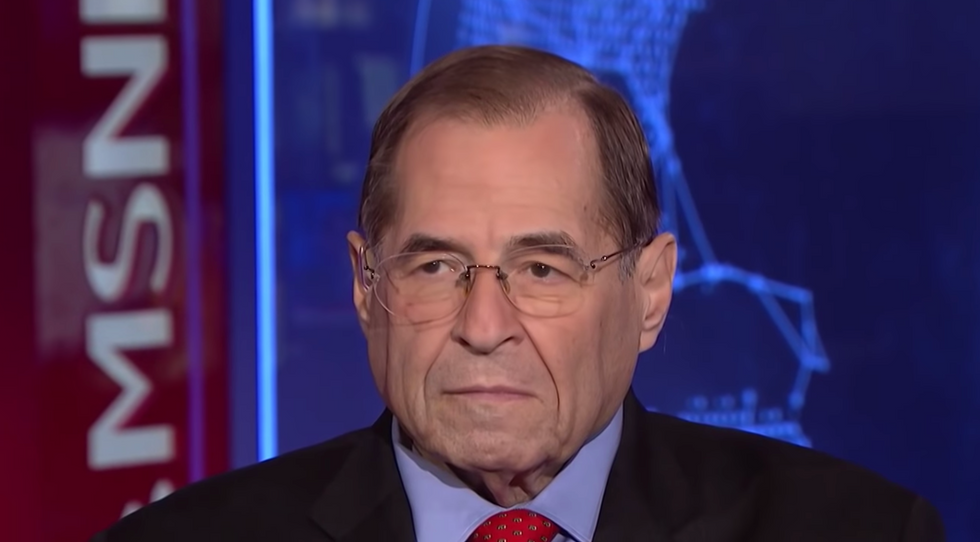 Trump campaign manager Corey Lewandowski spent six hours in front of the House Judiciary Committee on Tuesday, being questioned both by the members and by a staff attorney. It was an extraordinarily frustrating experience, one in which Lewandowski both admitted that he had no right to claim executive privilege, continued to refuse to answer the critical questions for which he had been summoned, and yet walked away without facing any consequences. In fact, after clearly saying that he was under no obligation to tell the truth and admitting to lying on national media, Lewandowski was immediately booked for a morning appearance on CNN. It was that kind of day.

As the first official hearing in the Judiciary Committee’s inquiry into whether there should be an inquiry, the word that best sums it up is “pitiful.” But it didn’t have to be that way. There were two moments that showed that such hearings could be useful, could genuinely produce information, and could genuinely build the foundation necessary to take this mess back in front of the whole House.

The first of those instances was actually the last—the last hour of the hearing, in which Lewandowski faced attorney Barry Berke, a white collar attorney who has taken a leave of absence from a top-ranked New York firm expressly to assist the committee. Berke hit Lewandowski with rapid-fire questions that cut through the wall of smugness to finally knock the sneer from the former campaign manager’s face. As Republican Rep. Doug Collins, who had done everything possible throughout the hearing to cause disruption short of hitting an air horn, tossed papers and stormed from the room “in protest,” Berke did what he came there to do—force Lewandowski to momentarily stop making catty remarks and own up to his lies. That included getting Lewandowski to say, “I have no obligation to have a candid conversation with the media whatsoever.” Which was, of course, the queue for bookers to schedule him at CNN.

The other critical moment was when Rep. Eric Swalwell tried and failed to get Lewandowski to answer a simple question for easily the hundredth time and instead got another repeat of Lewandowski claiming that the White House had asked him not to talk about any conversation with Trump, the staff, or pretty much anyone. Lewandowski also made sure to toss in a not-at-all-veiled threat. When asked by Swalwell whether or not he always put his notes in a safe, Lewandowski replied that it was a big safe and that “there are a lot of guns in there.”

Shortly after that point, Swalwell turned to committee Chair Jerry Nadler and asked him to hold Lewandowski in contempt. After a morning defined by frustration and stonewalling, there was a glimmer … and then Nadler replied that he would “take it under advisement.” And that was it.

Nadler opened the hearing by reminding Lewandowski that he was appearing in response to a subpoena, that he was under obligation to answer in full, and that, since he had never even been a White House employee, he had no right to claim privilege of any form. But then Lewandowski went on to refuse to answer, to repeatedly insult the members, and to constantly claim the nonprivilege privilege that has been the hallmark of every Trump staffer entering the House since January.

In response, Nadler did … nothing. Zip. Diddly. Also doo dah.

Republican members of the committee reveled in Nadler’s do-nothingness. They used their time with Lewandowski to talk about Hillary Clinton, the Steele dossier, and whatever they damn well pleased, resting on the knowledge that Lewandowski would give them loud agreement to whatever they said, and give Democrats nothing but silence and insults.

It’s possible that at some future point Jerry Nadler will sit down to draft up a stern shake of the finger in the form of a contempt resolution. Then he may take that resolution back to the committee a week or two later so Doug Collins can go through a tirade that includes references to old cartoons and Joseph Stalin. Maybe stomp around a little. After two hours of sitting quiet for insults on national television, Nadler may even call a vote to send a contempt citation to the whole House. And maybe it will get heard in a month or two. Maybe.

All of that put together will have 1/10,000th the impact that would have been generated had Nadler stood up in response to requests from both Swalwell and Rep. David Cicilline and simply found Lewandowski in contempt. Right then. Right there. Call the sergeant-at-arms, demand that Lewandowski answer the questions or find an appropriate place to shove him. Make it clear that the things Nadler said in his own opening remarks were more than just a bland recitation that he had no intention of following up.

And moving back to Berke, Nadler had genuinely exerted himself and pushed on committee rules to include the public questioning by staff as part of these hearings. That was done because it was clear to everyone that the five-minute rule and the back-and-forth nature of questioning by the representatives makes these sessions worthless for anything other than grandstanding. If the goal is to have Republican Rep. Ken Buck call the Democratic members of the committee “useful idiots,” then … great. Mission accomplished. If the goal was to learn anything from the witness, or to build a narrative that influences the public or the full House, the scope of the failure was damn near complete.

Take a look at the Washington Postarticle on the hearing, or Dana Milbank’s morning op-ed, or CNN’s top-of-the-page story on the hearing. None of them even mention Berke or anything that was learned in his questioning. After five hours of representatives who were more concerned about using those five minutes as an opportunity to get out a good one-liner and prove their base loyalty, the networks had all turned away well before Berke opened his briefcase. Even C-SPAN had shuffled the hearing over to C-SPAN 3 by that point. If you’re looking for C-SPAN 3 on most cable systems, don’t bother.

The combination of bad structure and a refusal to impose any consequences for lying or refusing to answer made Nadler, and the entire Democratic Party by extension, appear both weak and disorganized. That’s not just a shame, it’s a disaster—or at least a near disaster.

There may be other chances to get this right. But this was one for the history books in how to do it wrong.