'It is a crime': Fox News judicial analyst explains why Trump is 'on very thin ice' following the Ukraine scandal 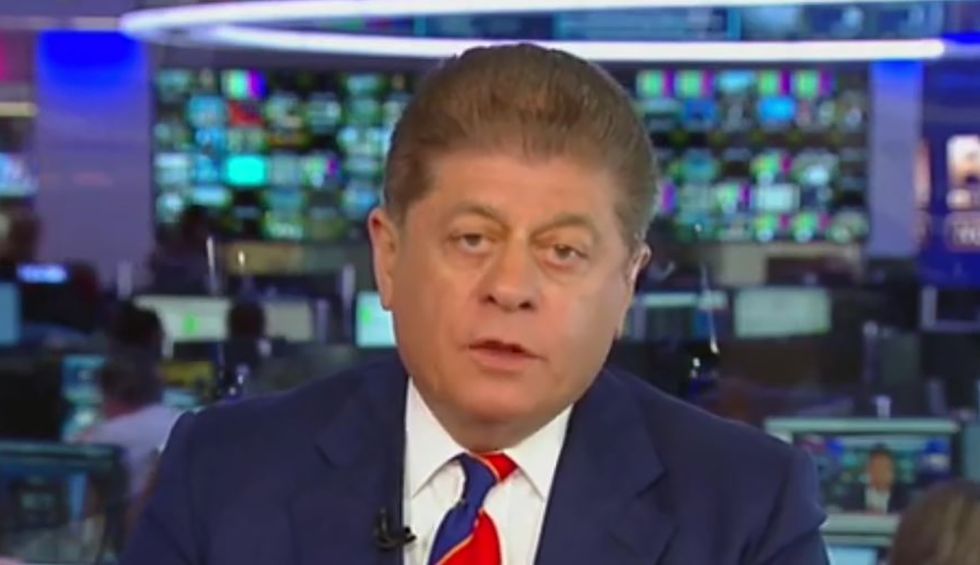 In contrast to some of President Donald Trump’s unwavering defenders at Fox News, Judge Andrew Napolitano and Shepard Smith are among those at Fox who won’t hesitate to criticize the president when they believe it is warranted. And Napolitano offered some candid comments about Trump’s dealings with Ukrainian officials when speaking to Smith on Fox News on Tuesday.

Napolitano responded, “It is a crime for the president to solicit aid for his campaign from a foreign government.”

Smith said that Rudy Giuliani, Trump’s personal attorney and former mayor of New York City, also “pressed” officials in Ukraine “to investigate Biden at the suggestion of the administration.” And Napolitano went on to say that legally, Trump’s administration “is on very thin ice.”