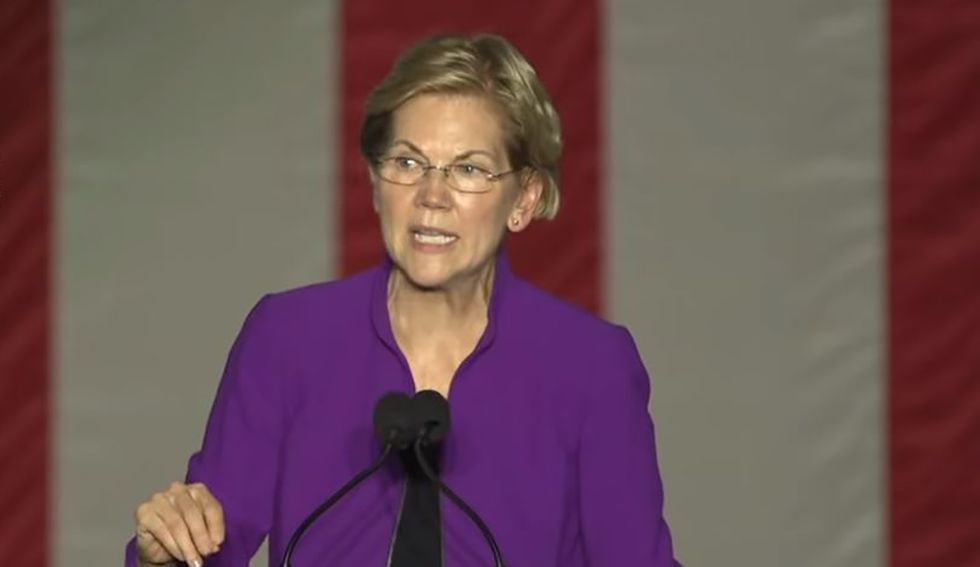 For the first time in the 2020 Democratic primary, a major state poll showed Joe Biden losing his lead in Iowa as the Des Moines Register released a survey showing Sen. Elizabeth Warren with more support than the former Vice President.

The Massachusetts senator was supported by 22 percent of likely caucus-goers in the Des Moines Register/CNN survey, which was conducted between September 14th and 18th and released Saturday evening.

Biden had the support of 20 percent of respondents while Sen. Bernie Sanders (I-Vt.) was backed by 11 percent.

Twenty percent of respondents also named Warren as their second choice and 29 percent said they were considering voting for her.

"This is the first major shakeup" of the 2020 race, poll-taker J. Ann Selzer told the Register. "It's the first time we've had someone other than Joe Biden at the top of the leaderboard."

Selzer added that while noteworthy, the poll results also showed that 88 percent of the respondents who named Warren as their first choice also said they could be persuaded to vote for another candidate. More than a quarter of Biden's supporters said their minds were made up.

The new data was released after Warren drew her largest crowd to date in Iowa, speaking to 2,000 people at the University of Iowa on Thursday night.

Last week the senator also addressed an estimated 20,000 people in Washington Square Park in New York, speaking about her plan to take on corruption in Washington. Late Friday, she drew praise from progressives for repeating her call for House Democrats to support impeachment proceedings against President Donald Trump. Warren also addressed the issue at the Polk County Steak Fry in Iowa, attended by the Democratic candidates, on Saturday, garnering applause.

Today at the @PolkDems Iowa #SteakFry, I said what I’ve been saying since April: It’s time for us to call out Donal… https://t.co/UtKLqKQJpo
— Elizabeth Warren (@Elizabeth Warren) 1569109663.0