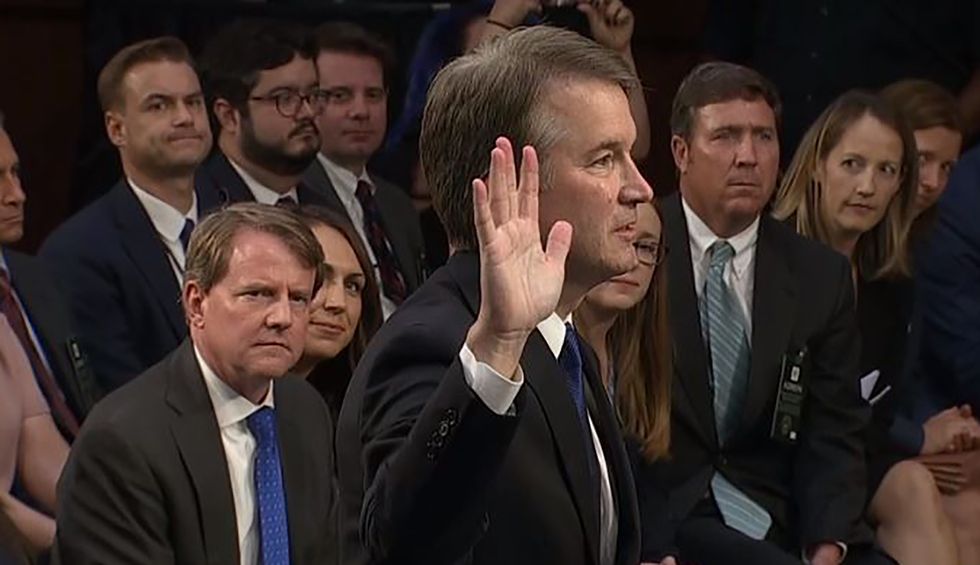 President Donald Trump has not only appointed two justices to the U.S. Supreme Court — Justice Neil Gorsuch in 2017 and Justice Brett Kavanaugh in 2018 — he has also appointed a long list of federal appeals court and district court judges. And Jennifer Bendery, in an in-depth report for HuffPost, outlines who some of the worst ones are.

In addition to his U.S. Supreme Court appointments, Bendery notes, Trump has nominated “a record-breaking 43 appeals court judges and 99 district court judges” — and he clearly has a preference for those on the far right.

Carl Tobias, a law professor at the University of Richmond, explained to HuffPost why these nominations are so consequential: “It is important for the public to appreciate that appeals court appointees serve on courts that are the courts of last resort for 99.9% of cases in their regions of the U.S. on issues like capital punishment, abortion, same-sex marriage, immigration, etc. The key is: they resolve 50,000 cases per year, and the Supreme Court resolves 100.”

Bush, Bendery notes, has compared abortion to slavery, while Rao has criticized “special treatment for minority students.” Barrett, who was mentioned as a possible U.S. Supreme Court nominee in 2018 before Trump decided to nominate Kavanaugh, has been with an extreme Christianist group called People of Praise and described the Affordable Care Act’s birth control benefit as an “attack on religious liberty.”

Bendery’s article not only makes a strong case for voting Trump out of office in 2020 but also, for Democrats retaking the U.S. Senate: she stresses that Senate Republicans voted in lockstep to confirm the extremist judges Trump nominated.