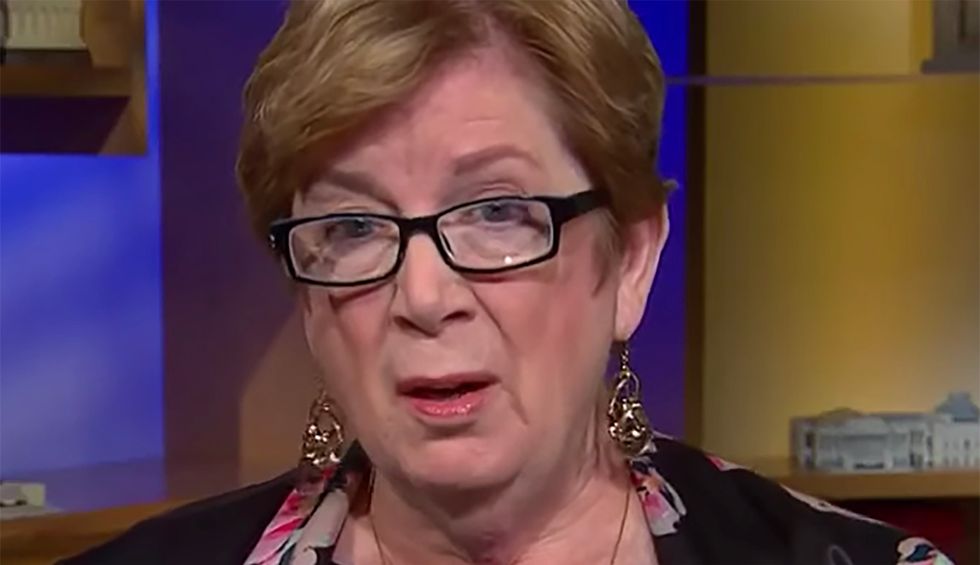 It’s no secret that Donald Trump has turned the attorney general of the United States into his personal consigliere. But according to a former CIA official, he’s done far worse than that — essentially corrupting every intelligence organization by forcing out former Director of National Intelligence Dan Coats and installing yet another toady.

Jonna Mendez, the former chief of disguise in the CIA's Office of Technical Service, recently told AM Joy’s Joy Reid that alarm bells first went off for her when former DNI Dan Coats resigned, followed quickly by his deputy, Sue Gordon:

“Well, you know, I have to view this through the lens of someone who spent 27 years at the CIA, and the thing that caught my eye instantly, immediately, was Dan Coats’ resignation, followed by Sue Gordon. And the fact that Dan Coats stepped into a meeting and said, ‘Sue, you’ve got to resign,’ and that she did, truncating a career that clearly hadn’t reached its zenith. This was basically clearing the decks in the intelligence community, taking the top man out and his deputy out, giving Trump an opportunity to select and choose another acting head of a huge organization — the intelligence community: 17 separate organizations that report to Trump, and that is at the heart of where the truth lies. And now there is an acting director in charge of that, who of course has taken charge of this whistleblower information and refused to release it to the Congress.”

Asked about the appropriateness of an urgent whistleblower complaint that directly implicates Trump being held back from Congress and instead sent to the White House, Mendez said the process that officials followed was nothing less than absurd:

“It defies logic that you would take the charges and present them to the person that’s being charged and ask them if they thought this was a proper process. That’s not how these things work. It’s so transparent what seems to be happening here, and I can’t believe that the American people can’t see through this fog and this smoke and these mirrors and see what’s pretty clear is happening.”

Of course, there are rules set in place to prevent this kind of coverup, but as we know, the Trump administration has been diligently defying all norms:

“I don’t believe the people that wrote the rules that govern how something like this is handled ever thought that the president of the United States would be so corrupt that he could break through these barriers that have been set up. So now, for instance, the Justice Department, which has been one place that you could look for a solution — the Justice Department is not a department of justice anymore, it's Donald Trump’s Justice Department. If you go to the Congress looking for some reinforcements, you find that even though the House will put together the evidence and forward it, the Senate will not allow it to go forward. What does that leave you? That leaves you maybe with the courts, and the courts are very slowly but surely being filled up with Trump appointees. This structure is being disassembled brick by brick. It’s, I believe, a little frightening.”

Finally, says Mendez, given Trump’s reputation for vindictiveness, the whistleblower may need to watch his or her back:

“My reading of the rules right now would tell me that that whistleblower should be very worried about being exposed as a whistleblower, because this can all come … there could be enough blowback to him that he would regret what he had done, and he would stifle every other whistleblower that might be out there that might have similar stories in the future, or even tomorrow. They’re going to think twice before they bring them forward.”