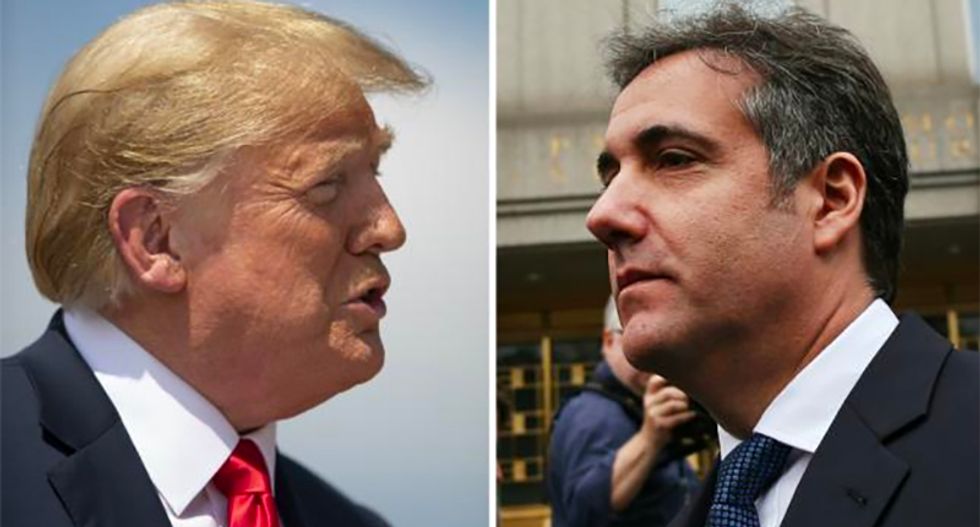 House Democrats plan to hold hearings as soon as October on Donald Trump's role in the 2016 conspiracy to buy the silence of two women who allege they had affairs with him. Federal prosecutors in the Southern District of New York inexplicably ended the inquiry this summer, but not before they got a confession from Trump's former lawyer/fixer Michael Cohen and uncovered enough evidence to name "Individual 1" (i.e., Trump) as a co-conspirator in the case. Cohen is now serving a three-year sentence for campaign finance violations, among other infractions. Other evidence tying Trump to the payments included a publicly released recording of Trump and Cohen discussing the payment scheme; and David Pecker, CEO of AMI (then-publisher of the National Enquirer), confessing to coordinating with Trump's campaign on the deal to silence one of the women, former Playboy model Karen McDougal. Federal prosecutors also assembled ample evidence of heightened communication between Pecker, Cohen, Trump, and campaign spokesperson Hope Hicks regarding Stormy Daniels in the immediate aftermath of the October 2016 Access Hollywood tapes release.

Not surprisingly, some Democrats believe the evidence of Trump's involvement has already reached the bar of naming Trump a co-conspirator, a conclusion the federal prosecutors also reached. Democrats plan not only to call witnesses with direct knowledge of the payments, but also to probe the question of whether Trump would have been indicted but for being a sitting president of the United States.

“The fingerprints are all over this one — it’s not like a big mystery,” Rep. Jamie Raskin, a member of the House Judiciary Committee, told The Washington Post. Raskin said the conclusion that Trump wasn't prosecuted simply because he's president was "inescapable," adding, “And now it’s left to Congress again to figure out what to do with the lawbreaking and apparent impunity of the president.”

Yes, yes, it is. And Democrats will reportedly investigate whether the investigation was improperly truncated in some way.