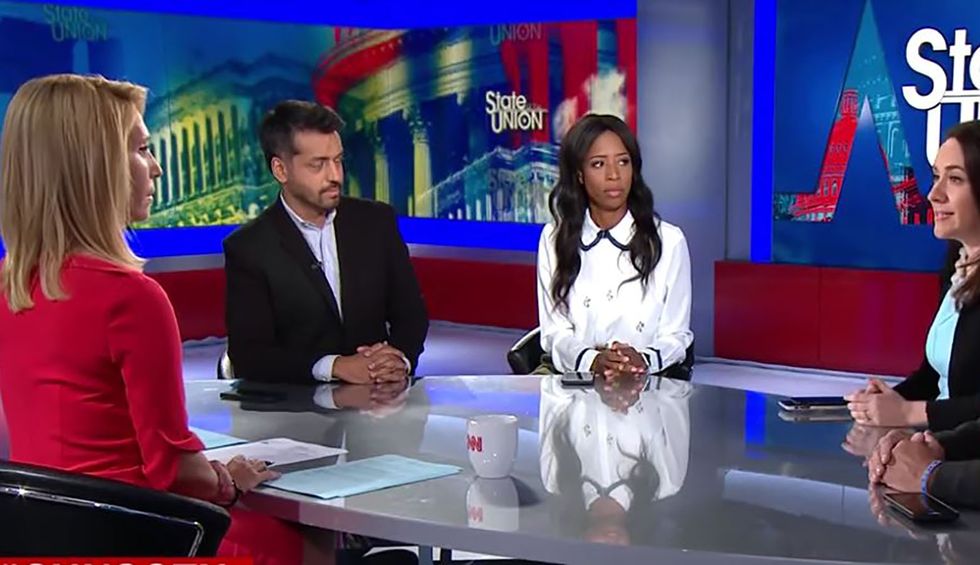 A CNN panel discussion on yet another mass shooting exploded into anger and yelling after former Sen. Rick Santorum (R-PA) refused to even consider stopping the sale of assault rifles after a massacre in Texas.

Sitting in with “State of the Union” guest host Dana Bash, Santorum was given time to make his case.

“Obviously we have had a lot of horrific things happen and people react emotionally to them, ” Santorum offered. “I think what we have found when we actually have these debates, and we think about the consequences of the things being talked about and the particulars, the American public and certainly member of Congress in both parties, frankly back down.”

That led DNC Communications Director Xochitl Hinojosa to confront the former GOP lawmaker with the carnage in Odessa and Midland, Texas.

“I put my son to bed last night, he’s 11-months old,” she told Santorum. “There is a mother who did not do that because her daughter was shot in the face. When is it enough? I’m from Texas. Not even a month ago, the president said let’s pass background checks. What ended up happening? He backed down and called the NRA, that’s not realistic.”

Santorum then jumped in to say that none of the crimes being discussed by the panel could have been stopped by a background check, which set Hinojosa off.

“So you’re telling me you wouldn’t protect one life because of a background check?” she accused.

“Quit — stop –quit proposing things that limit people’s rights that won’t address the problem!” Santorum snapped as Hinojosa shook her head in disbelief. “And the problem, you know very well, is young males and it is a multi-faceted problem and all the left want to talk about is one aspect.”