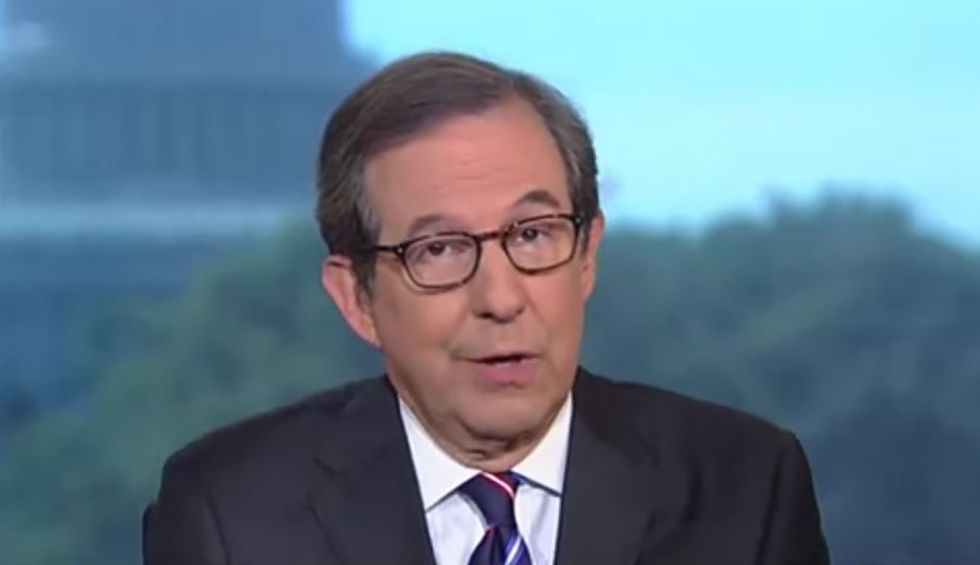 Fox News’ Chris Wallace on Friday clashed with fellow Fox host Sandra Smith about the “spin” being used by President Donald Trump’s allies to defend him for his now-infamous phone call with Ukrainian President Volodymyr Zelensky.

After Smith asked Wallace if he believed that this week had changed the trajectory of Trump’s presidency, Wallace replied that it had — and then unloaded on Trump’s defenders.

“The spinning that has been done by the president’s defenders over the last 24 hours since this very damaging whistleblower complaint came out, the spinning is… astonishing, and I think deeply misleading,” he said. “Let’s look at what the whistleblower says. The whistleblower says it was a troubling call in which the president asked the Ukrainian president to investigate and to look at the allegation of this wrongdoing by Vice President Biden and by his son. We now have a rough transcript of that phone call and that’s exactly what happened.”

Smith countered by saying the call readout showed the president didn’t offer an explicit quid-pro-quo in exchange for investigating the Bidens, but Wallace quickly shot that down.