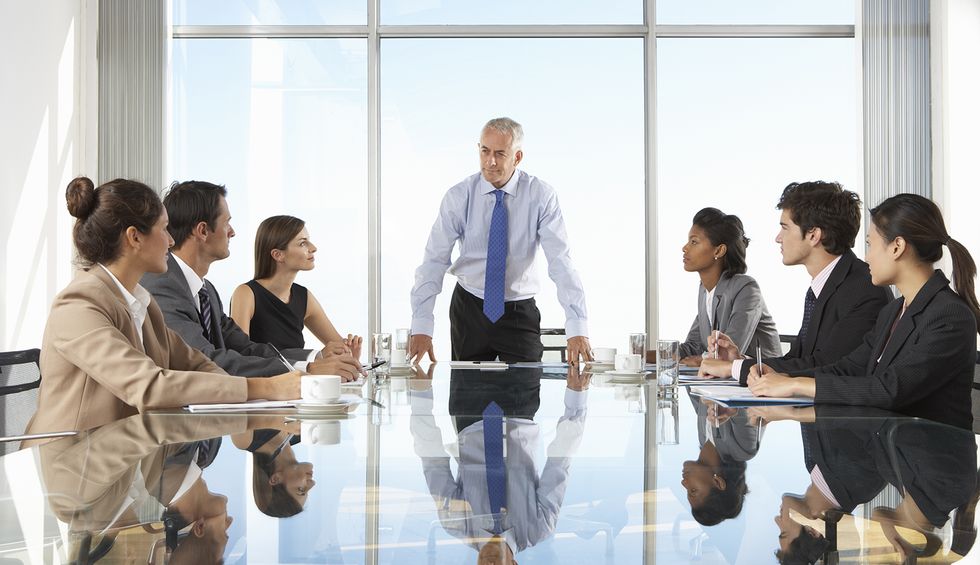 Under President Trump, corporate executives’ confidence in the economy has plummeted to its lowest level since 2016 as the nation’s top CEOs expressed increasing worries about hiring and growth amid the president’s trade war.

Confidence among top CEOs saw its biggest quarterly drop in seven years in a closely-watched survey by the Business Roundtable released this week. The survey’s economic outlook index has fallen in each of the last six quarters.

The survey found that companies are slashing their expectations for hiring, capital spending and sales growth over the next six months due in part to “growing geopolitical uncertainty, including U.S. trade policy and foreign retaliation.”

“This quarter’s survey shows American businesses now have their foot poised above the brake, and they're tapping the brake periodically,” said Business Roundtable President Joshua Bolten. “Uncertainty is preventing the full potential of the economy from being unleashed, limiting growth and investment here in the U.S.”

The survey was conducted between Aug. 23 and Sept. 9, sampling 138 CEOs. On the first day of the survey, China announced new tariffs on $75 billion of U.S. products. Trump responded by announcing he would raise existing and forthcoming tariffs on China by 5 percent across the board. The escalation prompted the Dow Jones to plummet by more than 600 points in a single day.

Another survey of the nation’s top 225 chief financial officers also showed a stark drop in economic optimism, with many predicting a recession to hit in the near future.

While big companies are worried about an economic downturn, workers and consumers have already been hit hard by Trump’s trade war.

A study by economists at the Federal Reserve Bank of New York, Columbia and Princeton Universities found that Trump’s trade war has cost consumers more than $1.4 billion.

“We find that the U.S. tariffs were almost completely passed through into U.S. domestic prices, so that the entire incidence of the tariffs fell on domestic consumers and importers up to now, with no impact so far on the prices received by foreign exporters,” the researchers wrote. “We also find that U.S. producers responded to reduced import competition by raising their prices.”

An analysis from Moody’s Analytics released last week found that the trade war has already cost the U.S. economy nearly 300,000 jobs compared to estimated employment levels without the tit-for-tat tariffs. The organization’s chief economist predicted that the trade war will cost 900,000 jobs by the end of 2020.

Trump has insisted that the trade war is necessary leverage to get China to agree to a trade deal that would benefit the U.S. economy. Now, nearly three years into his presidency, he suggests that voters may need to re-elect him to see the would-be deal come to fruition.