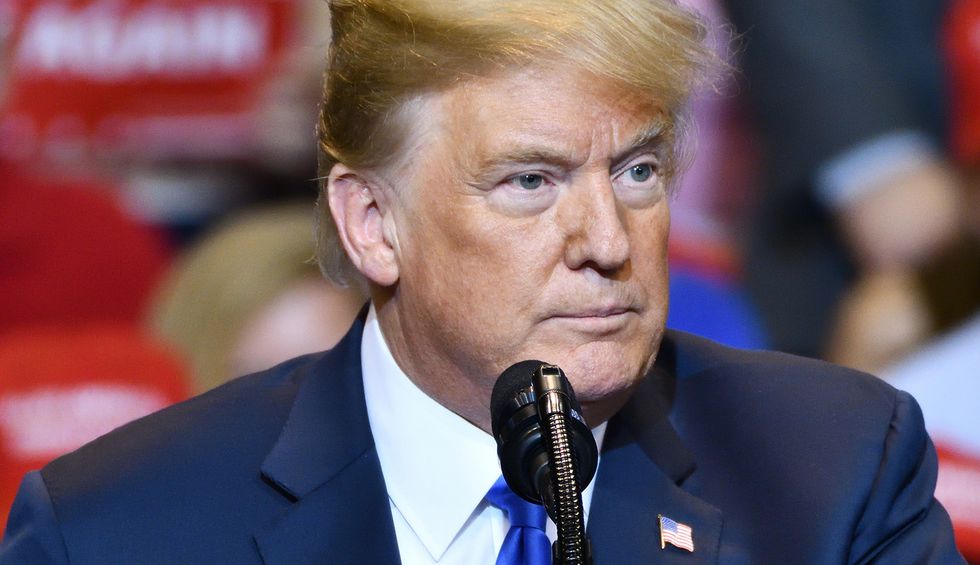 Despite losing New Mexico by eight points in the 2016 presidential election, Donald Trump and his campaign manager Brad Pascale are making big plans to win the state in 2020 — and that has political observers baffled.

With Trump appearing in New Mexico on Monday night, Politico reports the president has his work cut out for him in a state that saw the GOP lose the governorship and one House seat in 2018.

“The Land of Enchantment has voted for a Republican presidential candidate only once since 1992. With a considerable nonwhite voter population and all-Democratic congressional delegation, it’s not exactly fertile ground for a surprise GOP victory,” the report notes before adding that Parscale feels they can make inroads this go-around.

“I’ve continued to say the president’s policies are a win for Latino voters across America … and one of the first symbols of this was the El Paso rally,” Parscale told reporters when discussing the rally to be held in Rio Rancho — which happened to go for Hillary Clinton in 2016. “We saw in the data thousands of voters who did not vote for the president in 2016 show up to a rally, come listen to the president and register [to vote].”

“As we started doing polling there, we saw a dramatic increase from 2016 and I went over this with the president and he said, ‘Let’s go straight into Albuquerque,’” Parscale added.

Few in New Mexico are buying it.

“What we’ve seen of the president’s immigration policy has been cruel and inhumane. I think Democrats and New Mexicans, in general, are much more interested in making sure our communities feel welcome and safe,” Miranda van Dijk, a spokeswoman for the Democratic Party of New Mexico explained.

Libertarians make up a substantial portion of voters in the state where former Republican governor Gary Johnson, who switched parties in 2016, carried nearly 10 percent of the statewide vote. And those Libertarians appear to have a very jaundiced view of the president.

“He’s a batshit racist,” explained Chris Luchini, who sits atop the state’s Libertarian Party. “I’m very skeptical that New Mexico is up for grabs with him.”

According to Luchini, Libertarians in his state are not anywhere close to being in Trump’s camp.

“Traditionally, the normal thing that most political operatives have believed is that people who vote Libertarian are disaffected Republicans. That is no longer true in New Mexico,” he explained before adding that a main reason voters join his party is that they are “traditional conservative Democrats who can no longer stomach being called a Democrat, but are self-selected not to be Trump voters.”

Noting that Trump’s approval rating in New Mexico has plunged to 34 percent, the reports states, “Political forecasters and local officials remain puzzled by claims that Trump — with his restrictionist immigration policies, white-identity politics and below-average approval ratings — can woo enough voters to turn New Mexico in his favor.”

With that in mind, one GOP operative explained Trump and his team may be wasting their time and money in a state that is out of reach.

“He starts off with 164 electoral votes,” the GOP insider explained. “What I would tell you is, I feel like he’s going to win Texas, but I don’t know that we have opportunities in Colorado, Virginia [or] New Mexico.”