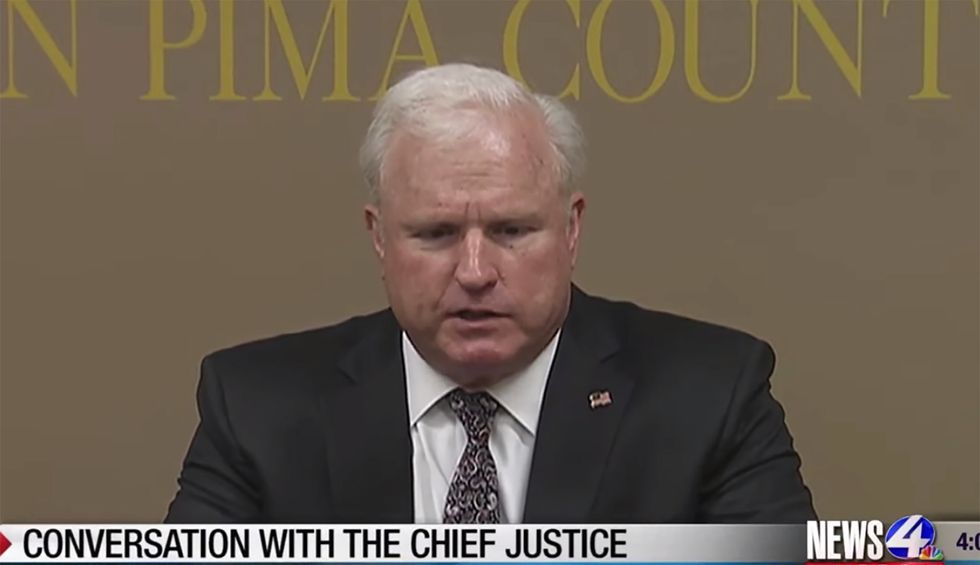 The Arizona Supreme Court has just ruled in favor of a calligraphy and wedding invitation company whose owners claim their religion forbids them to sell to same-sex couples. Brush & Nib Studio owners Joanna Duka and Breanna Koski are represented by Alliance Defending Freedom. ADF also wrote their business operating agreement, according to ABC 10, before filing the lawsuit on the couple’s behalf.

This is a narrow ruling in that the court noted that its decision applies only to wedding invitations.

“We do not recognize a blanket exemption from the Ordinance for all of Plaintiffs’ business operations.”

“Duka and Koski’s beliefs about same-sex marriage may seem old-fashioned, or even offensive to some. But the guarantees of free speech and freedom of religion are not only for those who are deemed sufficiently enlightened, advanced, or progressive. They are for everyone. After all, while our own ideas may be popular today, they may not be tomorrow,” the court added.

At issue is the City of Phoenix’s six-year old anti-discrimination ordinance, which ADF attacked in court.

The lawsuit was first filed in 2016. The Duka and Koski are not suing because they have been accused of discrimination. They are preemptively suing for the “right” to reject lesbian, gay, bisexual, and transgender customers. The business owners lost a 2017 judgment and appealed in 2018.

The Southern Poverty Law Center includes the Alliance Defending Freedom (ADF) on its list of anti-gay hate groups. SPLC in 2017 reported Brush & Nib is also a vendor on Etsy, and “voluntarily and willingly agreed to the vendor terms of service for the site, which prohibits discrimination based on sexual orientation and gender identity.”

AZ Central notes that the state’s Supreme Court “has been packed by Gov. Doug Ducey with judges to his liking.” Ducey is a Republican.

Next month the U.S. Supreme Court will hear arguments in three cases of anti-LGBTQ discrimination. Their ruling will have historic effects.

This is a breaking news and developing story. Details may change. Stay tuned and refresh for updates.