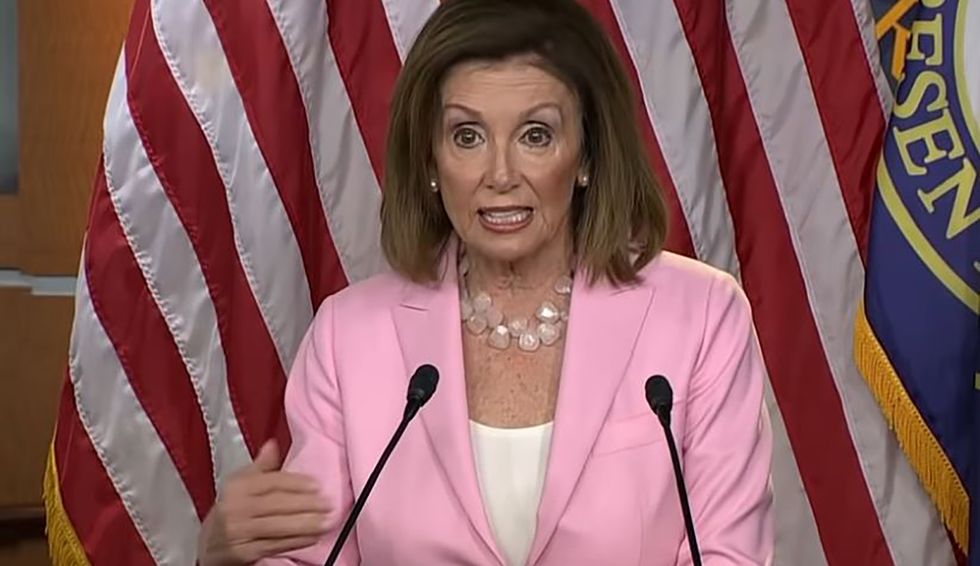 Overnight at least fifteen more House Democrats demanded the impeachment of President Donald Trump in the wake on the Ukraine scandal. Speaker of the House Nancy Pelosi for the past few days reportedly has been canvassing her caucus and other top Democrats. She appears to be moving toward supporting impeachment of the president.

House Democrats have a 4 PM meeting scheduled to discuss “to discuss the status of their impeachment inquiry and the whistleblower complaint against President Trump,” according to a C-SPAN producer

There currently are at least 160 House Democrats who have announced their support for impeachment or an impeachment inquiry, according to Democratic strategist Adam Parkhomenko, a former DNC National Field Director.

NBC News adds, “it sure seems that impeachment proceedings against President Trump are more likely than ever before.”

And Politico also suggests impeachment may be coming.

“In the last 24 hours, the political ground has shifted quite drastically on impeachment. The operative question seems to have shifted from ‘Will the Democrats impeach President Donald Trump?’ to ‘When will they impeach the president?’ — and what approach they will use to begin those proceedings.”

That approach could include a special committee to investigate Trump’s apparent extortion scheme against Ukraine.

Sen. Elizabeth Warren (D-MA) was the first presidential candidate to call for Trump’s impeachment, months ago. She just re-iterated that demand today:

This morning I released the following statement calling on the House to begin impeachment proceedings against Presi… https://t.co/GO7T9BEbJP
— Chris Murphy (@Chris Murphy) 1569327313.0

The Washington Post reports Speaker Pelosi “was making calls as late as Monday night, and many leadership aides who once thought Trump’s impeachment was unlikely now say they think it’s almost inevitable.”