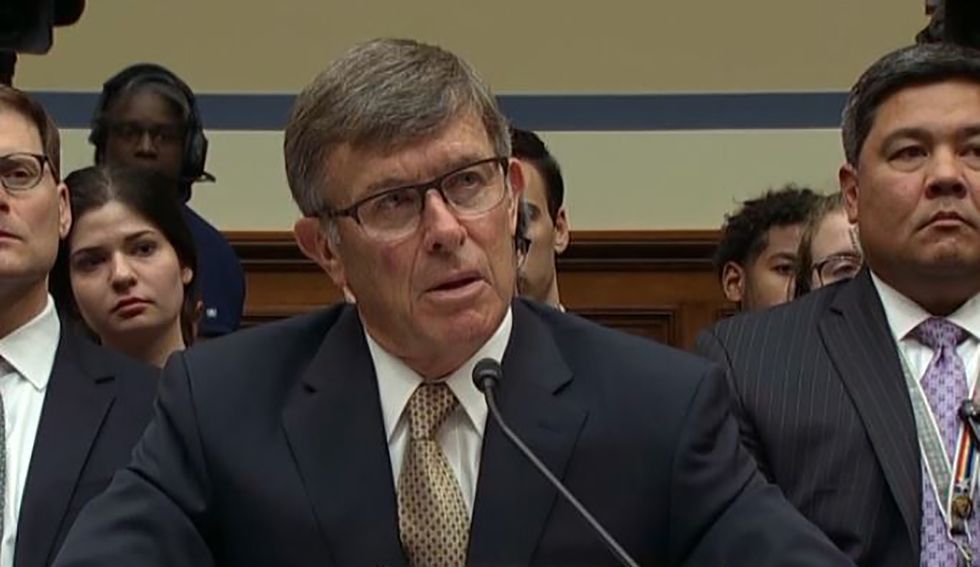 Acting Director of National Intelligence Joseph Maguire was handed the whistleblower’s complaint in his first week on the job, having just taken over for Dan Coats, who resigned on July 29, 2019, only four days after the call between Donald Trump and Ukraine’s President-elect Volodymyr Zelensky in which Trump asked Zelensky for a “favor.”

The whistleblower complaint is packed with damaging information, including the allegation that the White House removed the call records from traditional national security computers to a secret server, away from public records. You can read the full complaint below.

Now that the complaint has been declassified and turned over to Congress, as is required by law, acting DNI Maguire is free to answer questions from members of the House Intelligence Committee, chaired by Rep. Adam Schiff. In his first line of questioning, Schiff was able to establish that Maguire’s first action was to take the complaint to the White House to see if it was covered by executive privilege, despite obvious, glaring conflicts of interest. Maguire also said he sought advice from the Office of Legal Counsel, which reports to the Department of Justice and Attorney General Bill Barr, who is also a subject of the complaint.

Watch this extraordinary moment. As DNI Maguire said, this is an unprecedented situation.

Later Schiff was able to get Maguire to admit that the whistleblower is not a “partisan hack,” as the White House has claimed, and he vowed to keep the whistleblower’s identity a secret, as required by federal law.

Stay tuned for more. In the meantime, here is the complete unclassified whistleblower complaint.