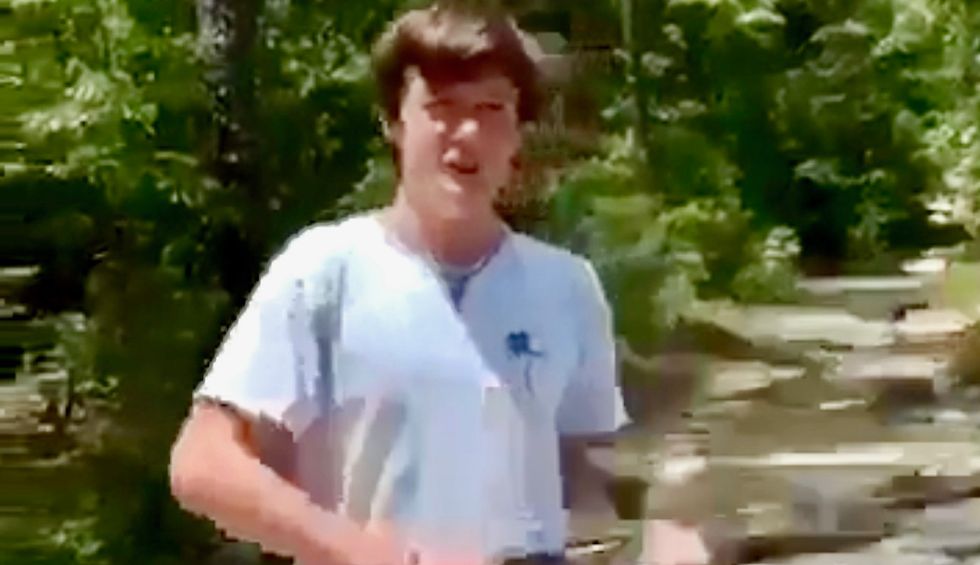 On Monday, WOLO reported that a 16-year-old South Carolina student has been expelled from the Cardinal Newman School, banned from the property, and faces criminal charges following a violent, racial-slur-laden social media post in which he shoots a box of shoes representing black people.

“Howdy. I’m Parker Mustian, and I hate black prople,” he can be heard saying in the video as he loads a rifle. “They’re the worst. They’re stinky and they just suck. They’re just bad people. You’ll notice over there, there’s a box of Jordans — the favorite pair of shoes for a black man. I’m gonna show you what I think of the black man.”

According to Heavy, Mustian comes from a powerful political family. He is the grandson of Richard Quinn, a legendary GOP strategist, and the son of Benjamin Mustian, a prominent Columbia attorney.

The videos went up in May, and he was expelled in mid July. Parents at Cardinal Newman were informed of the incident on Friday.

“This young man is so clearly filled with so much hate that he feels the freedom to share this publicly, in a video,” said local lawyer Annabelle Robertson. “I believe that he poses a clear and present danger, and a true threat to other students and other people.”

This report comes amid harrowing news of the hate-motivated mass shooting in El Paso that killed nearly two dozen people.