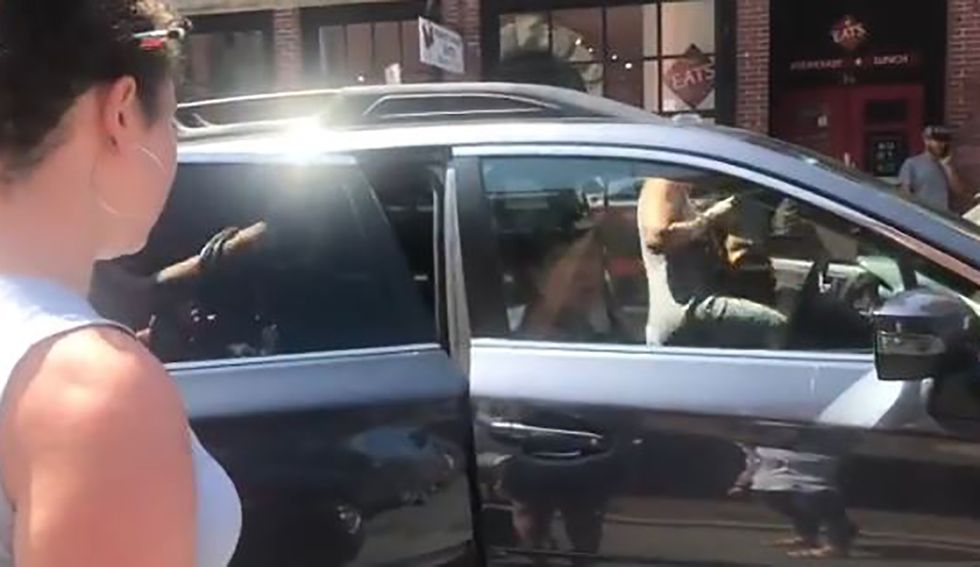 Sen. Susan Collins fled Tuesday when asked directly by a college student whether she would take concrete action to push for gun control legislation that could prevent the deaths of more children in mass shootings.

Bowdoin College student Livia Kunins-Berkowitz approached Collins and her staffers Tuesday afternoon in Portland, Maine to ask if the Republican senator would join her colleagues on both sides of the aisle to demand that Senate Majority Leader Mitch McConnell (R-Ky.) reconvene the Senate for a vote on the universal background checks legislation passed by the House earlier this year.

"Sen. Collins, are you going to call for an emergency vote on gun control now?" Kunins-Berkowitz asked as Collins exited a building and walked to her car with two aides. "We need the Senate to meet right now to talk about gun control. Yes or no, Senator?"

The senator briefly rolled down her window after entering the car to tell Kunins-Berkowitz that she believes gun control is "important" but didn't answer her question even after the student said unequivocally that "more kids are going to die" if universal background checks legislation and other reforms are not passed now.

The confrontation came just days after 31 people were killed in two mass shootings in El Paso, Texas and Dayton, Ohio over the weekend. Shortly after the massacres, Sens. Bernie Sanders (I-Vt.) and Sherrod Brown (D-Ohio) were among the lawmakers who demanded that McConnell call the Senate back from its August recess to vote on universal background checks legislation.

"She kept saying, 'It's an important issue,' but didn't answer yes or no on an emergency Senate meeting," Kunins-Berkowitz said after the encounter. "She kind of avoided the question even when I said kids are dying in our schools."