Trump’s tumbling support among 'the poorly educated' may crush his 2020 prospects: report 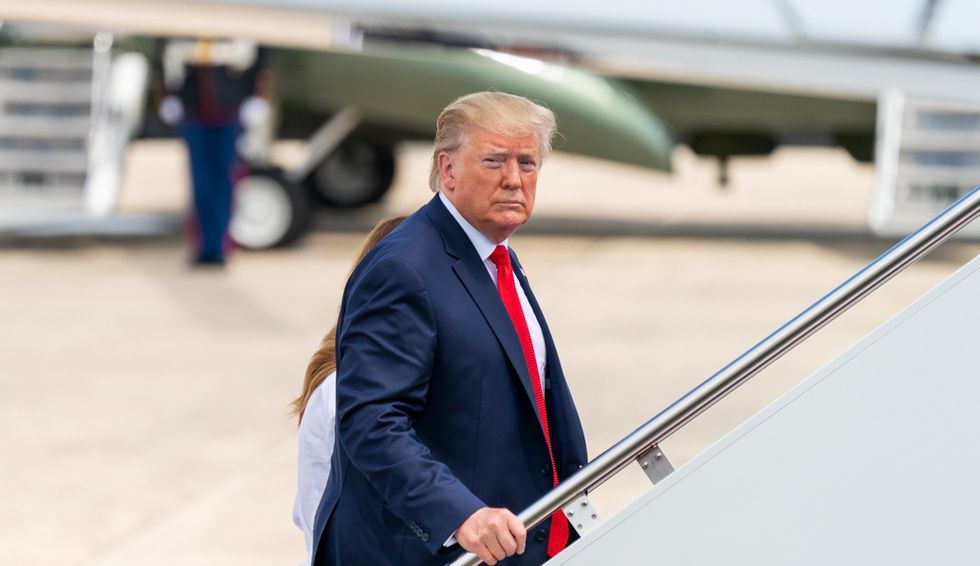 When Donald Trump famously declared, “I love the poorly educated” during his 2016 campaign, it was obvious that he was taking a much more populist (or rather, pseudo-populist) approach than Republican presidential candidates were typically known for. And white males without college degrees continue to be a key part of the president’s base. But Washington Post columnist Aaron Blake, analyzing an NBC News/Wall Street Journal poll released on Monday, stresses that when Trump is up against a “generic 2020 Democrat,” he finds himself struggling with non-college educated white women.

The majority of white men without college degrees, however, still favor Trump, who enjoys 67% in the NBC/WSJ poll compared to only 22% support for the generic Democrat.

“The first thing to emphasize about the NBC/WSJ poll is that generic polling is only so useful,” Blake cautions. “When you pit an incumbent against a generic candidate, it allows respondents to imagine whomever they want in that role. Actual candidates have warts. But even accounting for that, the NBC/WSJ poll showed white women departing Trump significantly more than white men.”

Blake goes on to say that in a different poll, recently conducted by Fox News, Trump’s popularity among college women without college degrees is weaker than it was in 2016.

“It’s fair to ask whether working-class whites and ‘the poorly educated’ are going to deliver Trump another victory,” Blake asserts. “It could be an even bigger subplot than the gender gap.”