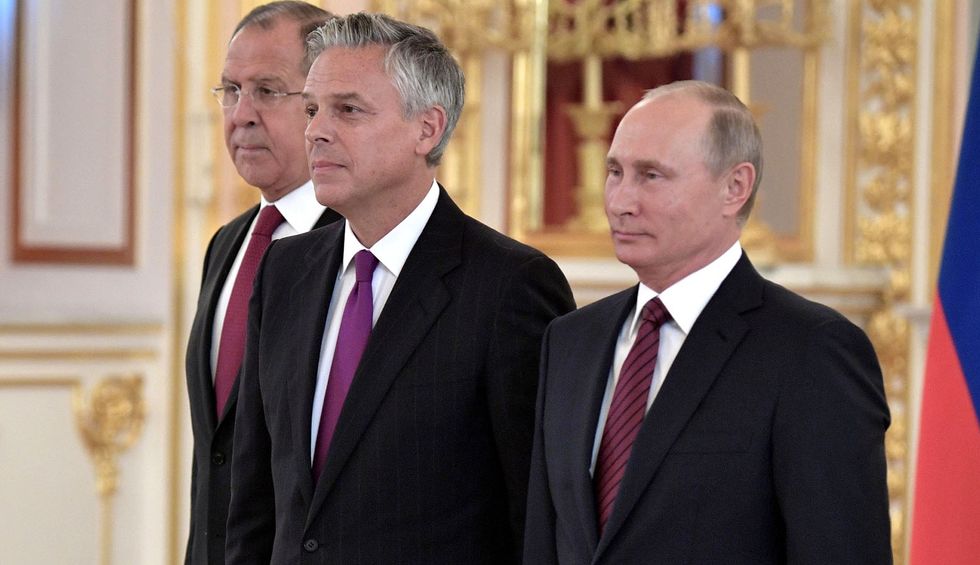 President Donald Trump’s Ambassador to Russia is calling it quits. Jon Huntsman, one of the few in the upper echelons of the Trump administration not considered to be a right wing extremist, has decided to resign.

“Huntsman’s time in Russia was marked by a now-infamous 2018 news conference with Trump and Russian President Vladimir Putin, during which Trump refused to condemn Moscow for interfering in the 2016 U.S. presidential election,” HuffPost reports.

“I hold both countries responsible,” Trump told reporters when asked whether he held Russia accountable for anything in particular. “I think the United States has been foolish,” he said. “I think we’ve all been foolish. I think we’re all to blame.”

Huntsman, who has served as U.S. Ambassador to Russia since October of 2017, is well-known to many Americans.  He has served in every presidential administration since Reagan, and served as President Barack Obama’s Ambassador to China.

Ambassador Huntsman was previously also Utah’s Governor Huntsman, and ran for the Republican  nomination for President in 2012.

Huntsman man be considering another run for governor. He will step down effective October 3.

“American citizenship is a privilege and I believe the most basic responsibility in return is service to country,” Huntsman says in his resignation letter (below), published by the Salt Lake Tribune.  “To that end, I am honored by the trust you have placed in me as the United States ambassador to Russia during this historically difficult period in bilateral relations.”