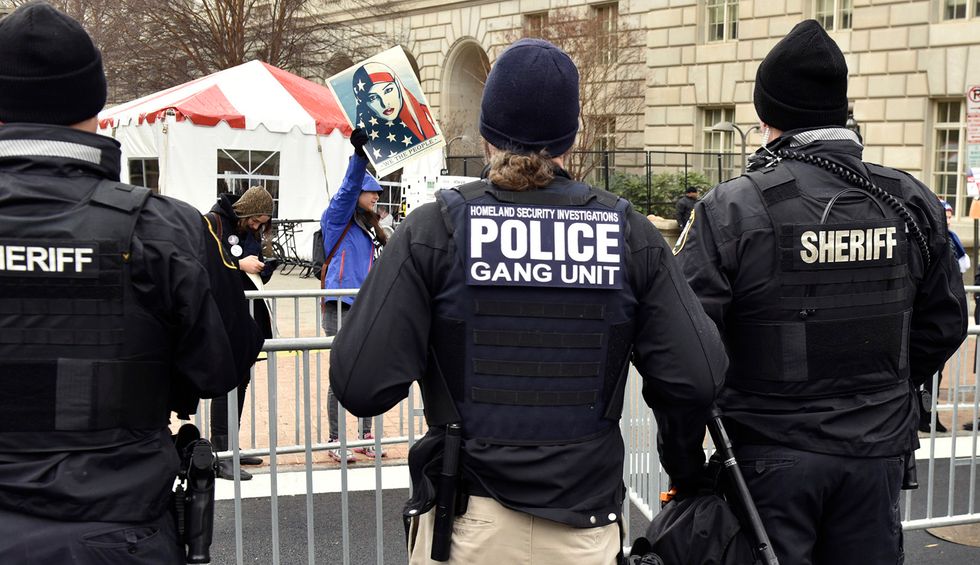 "Homeland Security officials battled the White House for more than a year to get them to focus more on domestic terrorism," a senior administration official has told CNN. The White House repeatedly rebuffed DHS’s efforts to prioritize the threat posed by domestic terrorist groups, including white supremacists, and to include it in the National Counterterrorism Strategy.

Officials who were more than cooperative in getting the story out were slightly less excited to name the roadblock: Donald Trump. A former senior administration official did note "that the White House, specifically the President, has a problem criticizing white supremacy" as CNN puts it. That official said  he "didn't have expectation they would get behind" the inclusion of domestic terrorism as a threat in the National Counterterrorism Strategy "because the preponderance of it involves white supremacy and that's not something this administration is comfortable speaking out against, until the other day by the President and even that was pretty hedged."

"You don't hear the President mention white supremacists when he's speaking extemporaneously," the same former official said, pointing to Trump's reading the phrase off of a teleprompter in his remarks responding to the weekend's mass murders. Another source that CNN characterizes as close to the White House said that Trump's unwillingness to criticize white supremacists was "an overlay" of efforts by DHS to include these groups in the threat strategy. "You know it will trigger the boss," the source said. "Instinctively you know he's going to be averse to mentioning that."

A current official expressed real frustration. "DHS is surging resources to the [domestic terrorism] issue, but they're behind the curve because of lack of support from the White House. There's some legislative and appropriations work happening, but the reality is there won't be a FY20 budget for the department so they will have to make do." That's despite the increase in white supremacist violence FBI director Christopher Wray testified before Congress about last month.

The White House wanted to shape the National Counterterrorism Strategy around combatting "radical Islamists and foreign drug dealers, since that would please the President," one source said. "But those things don't go together," the source recalled. "That was part of the warped worldview they had there." A warped worldview held by a clearly disturbed and racist man is threatening national security.