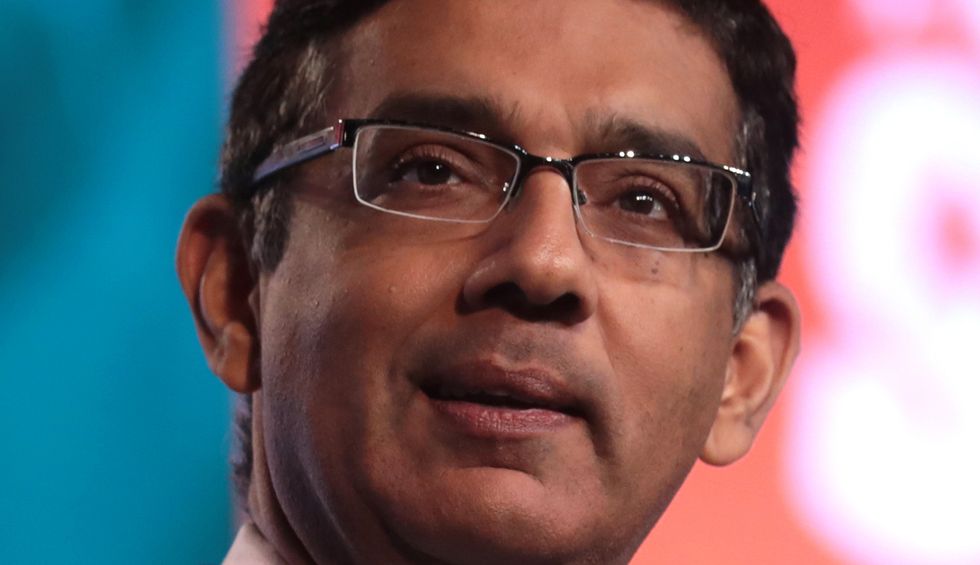 Listen, right-wing intellectuals such as convicted fraudster and felon Dinesh D’Souza have spent so much time looking into a mirror hidden inside of their rectums that it is hard to take anything they say or do seriously. But, depressingly, many people consider expensive glasses to be a sign of intellect. D’Souza has something of a platform again after being pardoned by fellow fraud Donald Trump. Since that time he has produced a garbage propaganda film attacking everyone not named Donald Trump and occasionally embarrassed himself on Twitter.

Today, Dinesh D’Souza jumped the shark of dumb right-wing propaganda when he sent out this tweet.

Pretty damning evidence. You see, it is the middle of August, a well-known summertime month in the Northern Hemisphere, and Australia is getting snow! Some MAGA supporters retweeted Dinesh triumphantly, wondering what we liberals would say to explain away this clear indication that global warming is a hoax cooked up by Chinese Muslims in league with the Clintons and Pizzagate and Obama’s deep state. Global warming my foot! Yeehaw! USA U S A U    S    A!

I was at a loss. Part of me remembered something I learned in grade school about Australia’s location in the world and weather—but what could it have been? Using my next-level research skills, I typed “Australia weather” into Google search. Lo and behold, Australia.com and its weather section came up.

Australia's climate varies greatly throughout the eight states and territories; there are four seasons across most of the country and a wet and dry season in the tropical north.

Australia's seasons are at opposite times to those in the northern hemisphere. December to February is summer; March to May is autumn; June to August is winter; and September to November is spring.

I. Just. Don’t. Understand. I decided to watch D’Souza get ratioed by Twitter, and see if maybe I might learn me something about weather and geography and science. Head on down to enjoy.

Wait. But I just went swimming where I live yesterday!

I just don’t get it!

It is sort of remarkable.