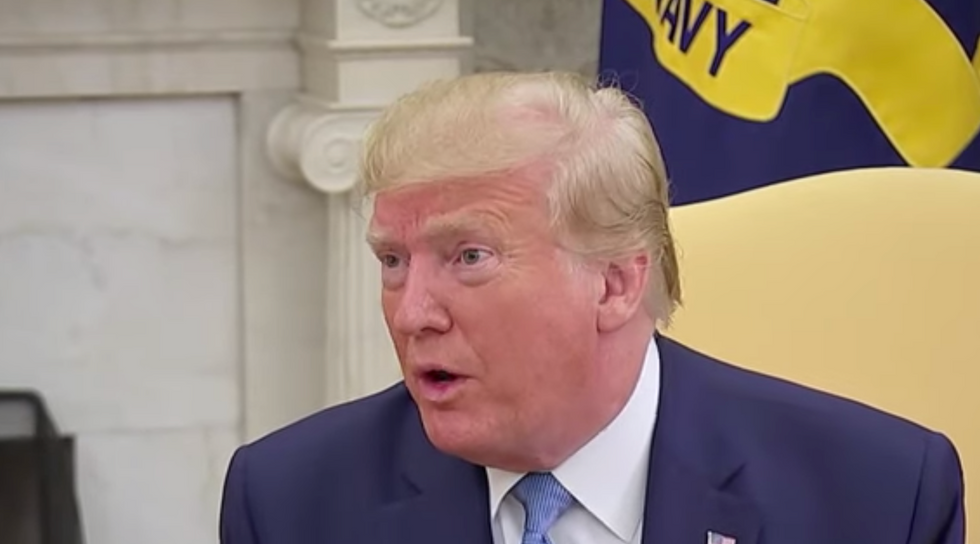 In a furious pair of tweets on Wednesday, the president lashed out at Federal Reserve Chair Jerome Powell, who Trump himself appointed to oversee the United States' central bank:

This is a different tune than Trump sang when he appointed Powell (unnecessarily, I might add, since former Fed Chair Janet Yellen has very similar beliefs to Powell and Trump gave no compelling reason for replacing her).

“He’s strong, he’s committed, he’s smart,” Trump said of Powell in November 2017 while announcing the appointment. “I am confident that with Jay as a wise steward of the Federal Reserve, it will have the leadership it needs in the years to come.”

Trump even said of picking his own Fed chair: "You’d like to leave your own mark."

So what changed? How has Powell become the target of Trump's ire?

The problem is that — predictably! — Powell has led the Fed to raise interest rates, despite little sign of inflation. This puts something of a damper on economic growth, and Trump, naturally, would like to be able to take credit for a booming economy.

This may not have been much of a big deal, but Trump's promise of an economic boom is proving to be a failure. The GOP's 2017 tax cut bill appears to have been a dud. The trade war with China is spooking investors. There's little sign that the administration's deregulatory fever is doing anything other than allowing businesses to screw consumers over and pollute more. And on top of all that, economists are increasingly worried that we may be on the brink of recession. And on Wednesday, the stock markets closed with the Dow Jones Industrial Average having dropped 800 points.

With disappointing growth numbers and a potential recession, Trump is clearly nervous and needs someone to blame for his lackluster economic performance. He's chosen to blame Powell, despite the awkward fact that he personally appointed the Fed chair. Trump has previously claimed he only hires the "best people" — though he continuously ousts and then attacks his own employees and appointees.

As it happens, many observers think Trump's criticism of the Fed is actually substantially correct. Raising rates is necessary to fight inflation, but since inflation has remained low since the 2008 crisis, there's been little justification for the Fed's recent course of action. The Fed even seemed to have admitted this in its latest announcement that it would cut rates, due in part to the economic uncertainty caused by Trump's trade war.

But the fact that many Republicans now make this argument is entirely hypocritical. Under President Barack Obama, the party — including Trump — was lighting its hair on fire to demand Yellen raise rates, despite there being even less justification for such a move at the time. Now that Trump is president, though, the GOP's party line is that the economy should receive all the help it can get.