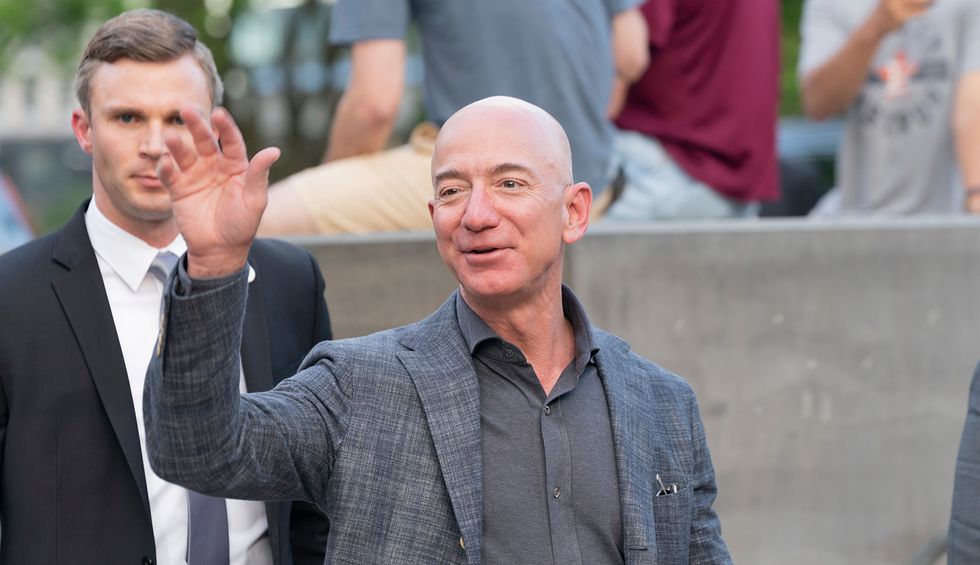 As even some of the wealthiest Americans have begun to call for major reforms to the U.S. economic system to narrow the wealth gap, a new study released Wednesday revealed that over the past four decades, salaries for the top executives in the U.S. have gone up by more than 1,000 percent.

CEOs at the 350 largest companies now take home salaries that are 278 times higher than those of the average worker, according to the new Economic Policy Institute (EPI) analysis.

With an average compensation of $17.2 million per year, report co-author Lawrence Mishel said Wednesday, today's CEOs would barely notice a change in their quality of life if their salaries were slashed.

"You could cut CEO pay in half and the economy would not be any different," Mishel, a distinguished fellow at EPI, told The Guardian.

EPI's findings about CEO compensation were denounced as "obscene" by critics of the current economic system, under which 40 percent of American workers struggle to find $400 in their budget to cover an emergency expense while the heads of powerful companies are given huge tax breaks on top of their salaries.

The study represents "an obscene concentration of profit at the top levels of companies," tweeted journalist Heidi Moore. "Workers should be able to share in the value."

While CEO pay has gone up exponentially since 1978, the average worker makes only about 11 percent more than they would have in the same job 40 years ago, when adjusting for inflation.

EPI pointed out that CEOs frequently attempt to justify their exorbitant salaries and bonuses by pointing to their companies' growing stock market performance. The country's biggest firms saw their stock prices going up by more than 700 percent in the last four decades—but workers who are responsible for the day-to-day operations of those same companies see little benefit from the growth that they contribute to each day.

"The generally tight link between stock prices and CEO compensation indicates that CEO pay is not being established by a 'market for talent,' as pay surged with the overall rise in profits and stocks, not with the better performance of a CEO’s particular firm relative to that firm's competitors," wrote Mishel and co-author Julia Wolfe. "As profits and stock market prices have reached record highs, the wages of most workers have grown very little."

CEO pay did not slow down after the recession of 2009, with executives' salaries growing by more than 52 percent during the recovery from the economic crash brought on largely by powerful, unregulated banks. But workers' salaries have gone up by just 5.3 percent over the same period, with average wages sometimes falling from year to year.

Mishel and Wolfe note in their study that concern over the high salaries of CEOs is rooted in the knowledge of how the rest of the country is struggling to pay for medical care, housing, and falling deep into debt while the wealthiest Americans reap the rewards of workers' labor.

"Some observers argue that exorbitant CEO compensation is merely a symbolic issue, with no consequences for the vast majority of workers," the report reads. "However, the escalation of CEO compensation, and of executive compensation more generally, has fueled the growth of top 1.0 percent and top 0.1 percent incomes, generating widespread inequality."